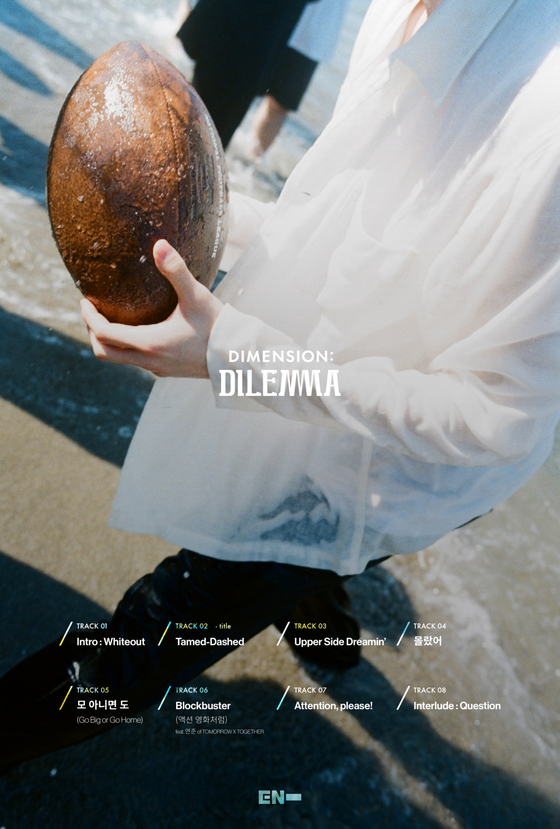 The album is set to be released on Oct. 12 with the lead track “Tamed-Dashed.” The song’s lyrics are about the dilemma of whether one should be “tamed” to temptation, or “dash” away from it, the band’s agency Belift Lab said.

The album has eight tracks, starting with “Intro: Whiteout,” the teaser video of which was already uploaded to YouTube last month. The other tracks are “Upper Side Dreamin’,” “I Didn’t Know” (translated), “Go Big or Go Home,” “Blockbuster,” “Attention, please!” and “Interlude: Question.”

“Blockbuster” will feature Yeonjun of boy band Tomorrow X Together.