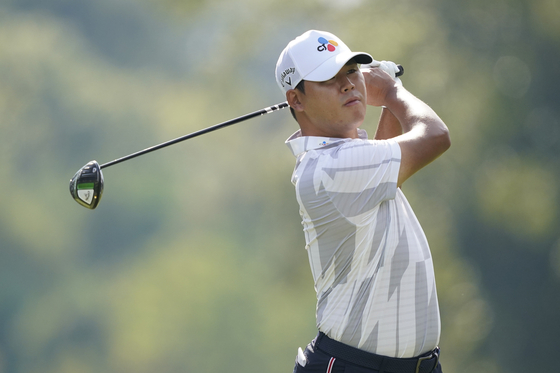 Kim Si-woo watches his drive on the 18th fairway during the second round of the Sanderson Farms Championship golf tournament in Jackson, Mississippi on Friday. [AP/YONHAP]


Kim Si-woo got the fourth hole-in-one of his PGA Tour career as he tied for eighth at the Sanderson Farms Championship at Country Club of Jackson in Jackson, Mississippi on Sunday.

The 26-year-old pulled off the stunt with a four iron on the par-3 7th at Country Club of Jackson, en route to a final round of 6-under, 66, and a total 19-under, 269, that left him tied for eighth and three strokes behind winner Sam Burns of the United States.

Kim Si-woo finishes tied for 15th at The Open Championship