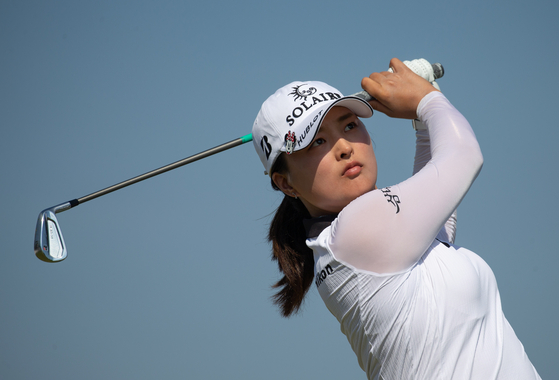 Ko Jin-young tees off at the 10th tee during the final round of the ShopRite LPGA Classic golf tournament at the Seaview in Galloway, New Jersey on Sunday. [EPA/YONHAP]


Ko Jin-young and Park In-bee narrowly missed out on a trophy at the 2021 ShopRite LPGA Classic at Seaview in Galloway, New Jersey on Sunday, both tying for second position with 13-under-par, one stroke short of Celine Boutier of France.

Both world No. 2 Ko and No. 3 Park carded a 5-under-par, 66, on the first day and added a six-under-par, 65, in the second round. They headed to the third and last round in the same group alongside Patty Tavatanakit of Thailand. 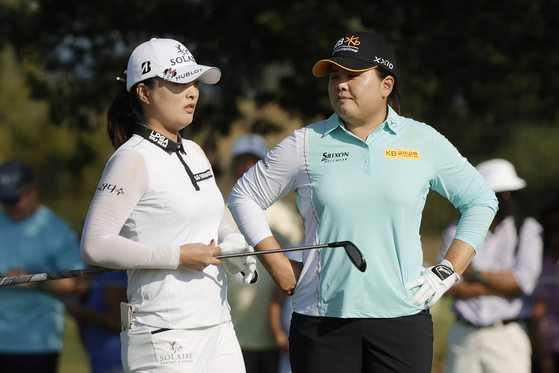 Park In-bee and Ko Jin-young look on on the 18th fairway during the final round of the ShopRite LPGA Classic presented by Acer on the Bay Course at Seaview Golf Club on Sunday in Galloway, New Jersey. [AFP/YONHAP]

Boutier made an incredible comeback on the last day, birdying eight holes including the last par-5 18th to post a career low 63, while Park and Ko parred the last hole. Ko reached the green in two shots, but missed her eagle putt. With a reasonable distance left to birdie, it seemed that Ko and Boutier would go into a playoff, but as Ko’s birdie putt missed the hole, so did her chance at a third win of the season. 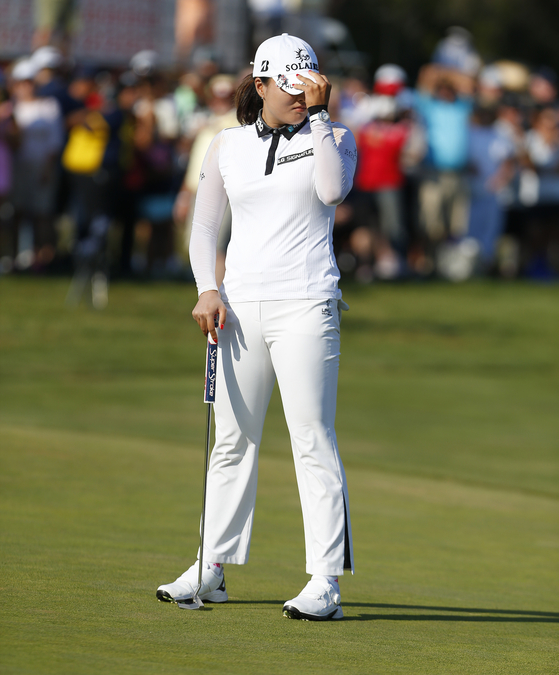 Ko Jin-young reacts after missing a putt on the 18th hole of the final round of the Shop Rite LPGA Classic golf tournament, on Sunday in Galloway, New Jersey. [AP/YONHAP]


Despite missing out on a trophy, the tied second finish may be a sign that Korean golf is slowly getting back on track.

Ko and Park finished with a 13-under-par, 200, alongside Brooke Henderson of Canada. Kim Sei-young tied for 14th alongside countrywoman Ryu So-yeon, who pulled sank a chip shot from the bunker into the hole on the last hole to card an eagle to round off her tournament. Ji Eun-hee finished tied for 19th and Park Sung-hyun tied for 27th. 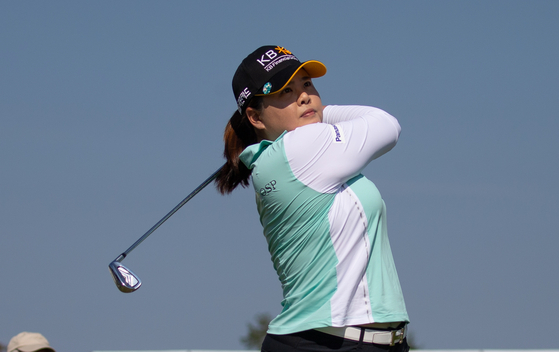 Park In-bee tees off at the 10th tee during the final round of the ShopRite LPGA Classic golf tournament at the Seaview in Galloway, New Jersey on Sunday. [EPA/YONHAP]

Korean golfers need to pick up their pace as there isn’t much time left to complete that mission. Five tournaments remain until the end of the season, including the Cognizant Founders Cup starting Thursday.