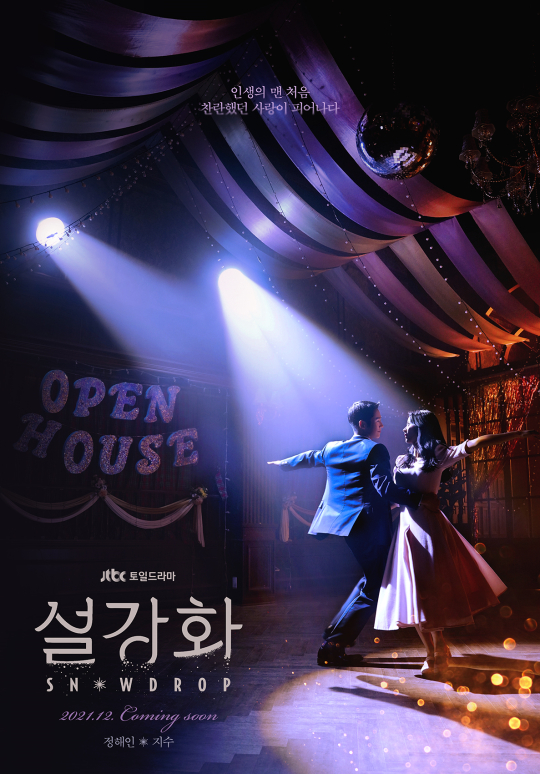 
JTBC’s upcoming drama series "Snowdrop," starring actors Jung Hae-in and Jisoo of Blackpink, is scheduled to air on the cable channel in December.


With the announcement, JTBC revealed a teaser poster showing a romantic setting in which Su-ho (played by Jung) and Young-ro (played by Jisoo) dancing under the spotlight at a party.

“Snowdrop” is a heartbreaking love story between Su-ho and Young-ro. Set in 1987 Seoul, elite college student Su-ho seeks refuge in a dormitory of a women’s university after he is wounded. Young-ro discovers him and decides to secretly look after him.

For singer-actor Jisoo, this will be her first leading role in a drama series.