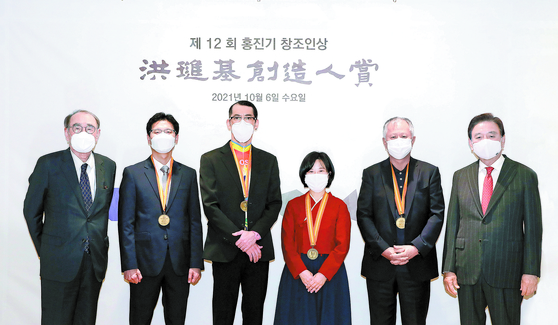 Korea’s first hybrid rocket developer, an entrepreneur who developed a global educational app that helps children struggling to pursue their education, a contemporary dance choreographer who created a huge sensation globally and an iconic performing arts director were the winners of this year’s Yumin Award.

The annual award celebrating its 12th anniversary this year was held at the HSBC building in Jung District Seoul on Wednesday.

In addition to the awards in science and technology, social contribution and culture and arts, a special award was added to a recipient who contributed to the expansion of Korean performing arts globally.

“The recipients of the award for this year are those who have contributed to improving the lives of people not only in Korea but also globally,” said Lee Hong-koo, chairman of the board of the Yumin Cultural Foundation. “This is an award that is given to people who show potential to grow more,” said Hong Seok-hyun, JoongAng Holdings chairman. “I hope this is not the end of their work but the beginning of creating something new.”

The nonprofit Yumin Cultural Foundation was established in 1999 in memory of Yumin Hong Jin-ki (1917-86), co-founder and former chairman of the JoongAng Ilbo, who was active in government, business and media. The foundation established the awards program in 2010 to “recognize young Koreans who have contributed and have led a creative life to the development of the country in the fields of society, science and culture.” 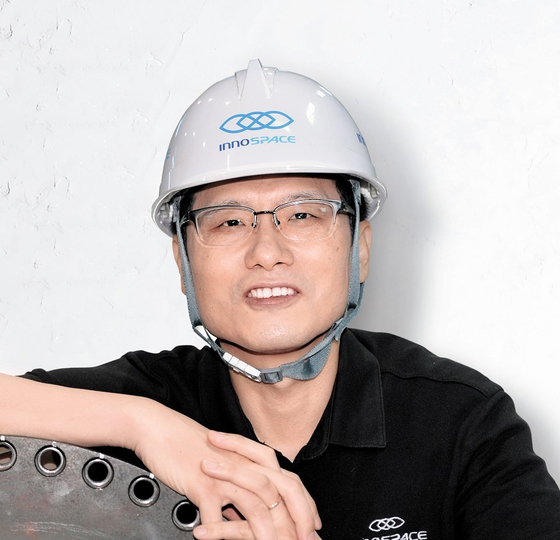 Kim Soo-jong, 45, is the founder and CEO of Innospace, the only private company in Korea developing hybrid rocket engines for small space-launch vehicles.

Hybrid rocket propulsion combines the strengths of both liquid and solid propellant rockets.

Not only are they more economical than liquid-fuel rockets due to the simple structure but they also overcome the lack of control in propulsion in solid rockets.

The company plans to test fire Hanbit at the Alcantara Space Center in Brazil in the first half of next year.

The reason the rocket is launched in Brazil is because there are no private space launching sites in Korea.

Starting with the launch of a small 50-kilogram-or-less satellite on a 15-ton hybrid engine, Innospace is aiming at developing technology that could launch a 500-kilogram satellite into space.

In recent years, a new space race in the private sector, including efforts by Elon Musk’s SpaceX, has started.

And there has been growing interest in small-sized satellites. Satellites today have been getting smaller with advancements in IT technology.

Today, 80 percent of the satellites put into orbit are compact.

Kim, who founded his company in 2017, has long had a dream of developing rockets.

He then moved to Israel, where he worked as a postdoctoral research fellow at Technion-Israel Institute of Technology for three years and worked on rockets. Kim later worked as a senior researcher at Hanwha Corp. in the defense department for nearly two years before starting his own company.

“The space industry is at a new turning point,” Kim said. “I am excited at the thought that I am the first in Korea’s private space rocket market.” 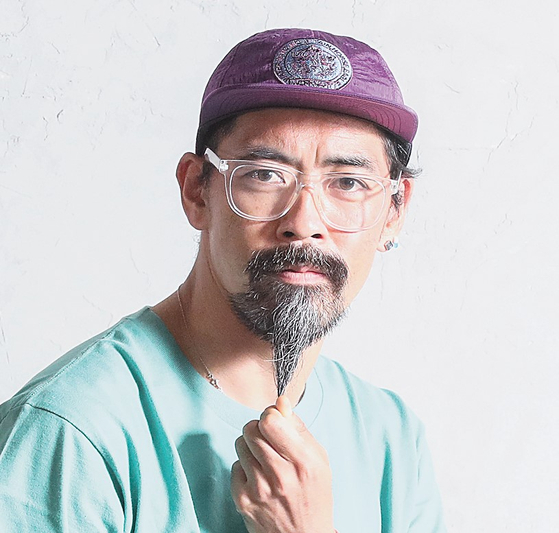 The cheerful dance moves by contemporary dance troupe Ambiguous Dance Company may seem like a chicken dance that anyone can easily follow.


But they are in fact very difficult and well-considered dance moves. Among professional dancers, Ambiguous Dance Company, led by choreographer Kim Bo-ram, is known for difficult choreography.

The company’s works of ambiguous choreography are mostly created by Kim, 38.

“I think the basics of dance are important, and I like it,” said Kim. “I often see dancers skipping the basics and pursuing only flashy and cool moves. But I put a lot of movements that are from the basics of dance into my choreography. Perhaps that is why it may feel difficult.”

It went viral, and the video featuring the group’s addictive dance moves and funky outfits racked up more than 600 million views on YouTube.

The group was also seen strutting in colorful Korean traditional garments in the music video for Coldplay’s “High Power,” which was released on June 21. But before their global hit, the company was known as a prominent contemporary dance troupe in the industry, steadily gaining ground since its founding in 2007.

Just a year after its founding, the troupe won the Best Performance Award at the CJ Young Festival with its debut work “Bolero.”

Since then, the troupe has received numerous awards and prizes and has been invited to international festivals, drawing attention for showcasing ambiguous yet attention-drawing dance moves that fuse different elements of modern dance, Korean traditional dance, street dance and ballet.

Kim has a unique background. Growing up in a small town in Wando, South Jeolla, he fell in love with dance. During his teenage years, he worked as a backup dancer for several K-pop stars, like Uhm Jung-hwa and Lee Jung-hyun.

Hoping to achieve an American Dream, he looked for ways to obtain an American visa and heard one of the quickest ways was to be a college student. He says that’s why he entered the Seoul Institute of the Arts and majored in modern dance.

“We were able to take part in the Korean Tourism Organization’s promotional video thanks to our connection to Leenalchi,” said Kim. “It was right after the Covid-19 started, so many of our performances had been canceled. It was such a great opportunity for us.” 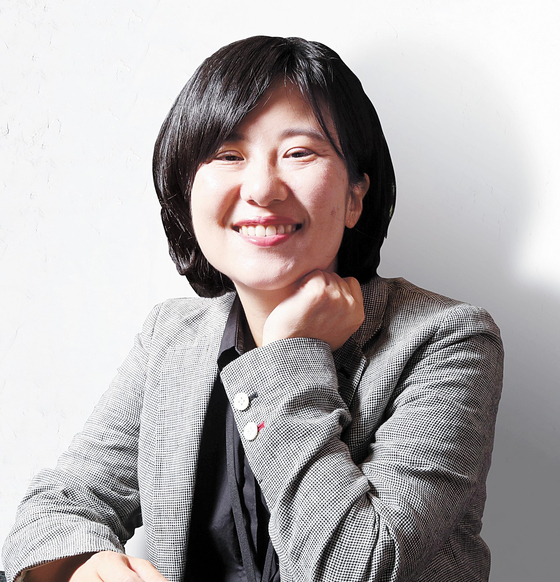 
Help is needed more for children that struggle in their studies than those that excel. And more importantly, support is essential for children in environments that make it difficult for them to pursue their education whether it is caused by their social situation or for personal reasons.

Children that struggle to read and write have no other choice but to rely on their parents, but there are a lot of parents that are in situations where they can’t help their own children.

Lee Soo-inn, 45, CEO of Enuma, is working to develop educational apps for children.

She is taking her app, that was developed to help her own child with disabilities, to the global market.

The company’s name is from "enumerate," as its goal is to help every single child in need.

While profit is essential for any business, Enuma is distributing its educational software especially in underdeveloped countries with the cooperation of organizations both home and abroad, such as the Korea International Cooperation Agency (Koica).

The company was founded in 2012 in California by Lee and her husband and CTO Lee Gun-ho.

Lee, who used to work for game companies, applied her knowledge in creating an education program for her son. This was the start of her business.

The company’s educational apps, including Todo English, Todo Math and Kitkit School, allow children in environments where there are no teachers to complete basic courses in reading, writing and math just with a tablet PC.

“There is a widening gap in learning among children since Covid-19 outbreak,” Lee said. “We plan to work harder in helping children in need.” 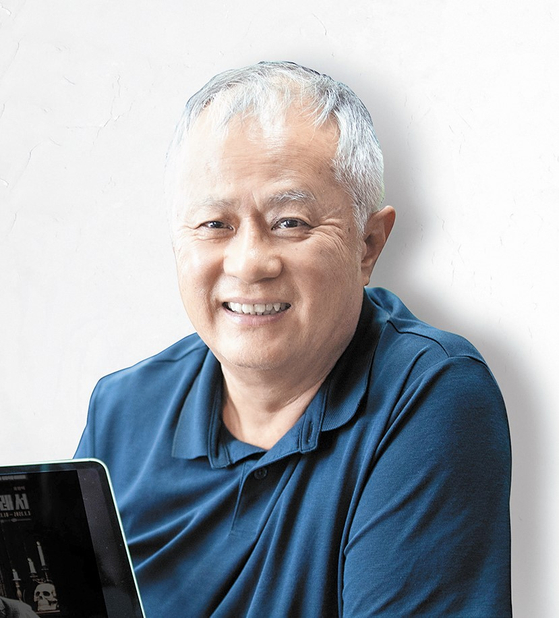 Song Seung-whan, 64, is a familiar name to Koreans.

After debuting as a child actor in 1965, he’s been involved in almost every corner of the culture and entertainment business in Korea. He’s a veteran actor, a revered producer and the godfather of Korea’s hit non-verbal show “Nanta.”

He even holds the title of executive creative director of the opening and closing ceremonies of the 2018 PyeongChang Winter Games.

Though he juggles multiple roles, a surprising fact is that he’s never had a manager. It allows him to manage his own schedule better, he says.

“But jotting down notes is a must. Now with my deteriorating vision, I use voice dictation to make notes,” said Song last week at PMC Production office in Daehagno, where he serves as the executive creative director.

After the Winter Olympics in 2018, Song’s vision began to deteriorate rapidly, and now he can only discern the shapes of the things 30 centimeters (0.98 feet) from his eyes.

But Song says he’s able to surmount such challenges by becoming tech-savvy. Despite the impaired vision, he even challenged himself by taking on a new role last year as a commentator during the Tokyo Olympics opening ceremony.

Song has never stopped challenging himself. Despite becoming a successful actor by mid 30s featured in numerous films and TV dramas, he challenged himself to perform in plays and musicals and then even began producing them.

After making his non-verbal show “Nanta” a great success in Korea in 1997, he challenged himself by taking it to Broadway.

The show became the first Korean performance to be performed on six continents. Song continues to challenge himself.

He’s now a YouTube content creator. On his YouTube channel, “Song Seung-whan’s Wonderful Life,” he uploads videos of Korea’s veteran actors as they talk about their lives.

“I was devastated at first when I realized that I have nearly lost my vision but as I looked for ways to continue my work, I’ve learned a lot of fun and new ways to do it,” he said. “I didn’t do the things that I did for anyone or for anything. I did it because I enjoyed it. I’m just very embarrassed and grateful to receive an award for it.”

JoongAng Ilbo-CSIS Forum 2020 to discuss the Korea-U.S. alliance in the Biden era