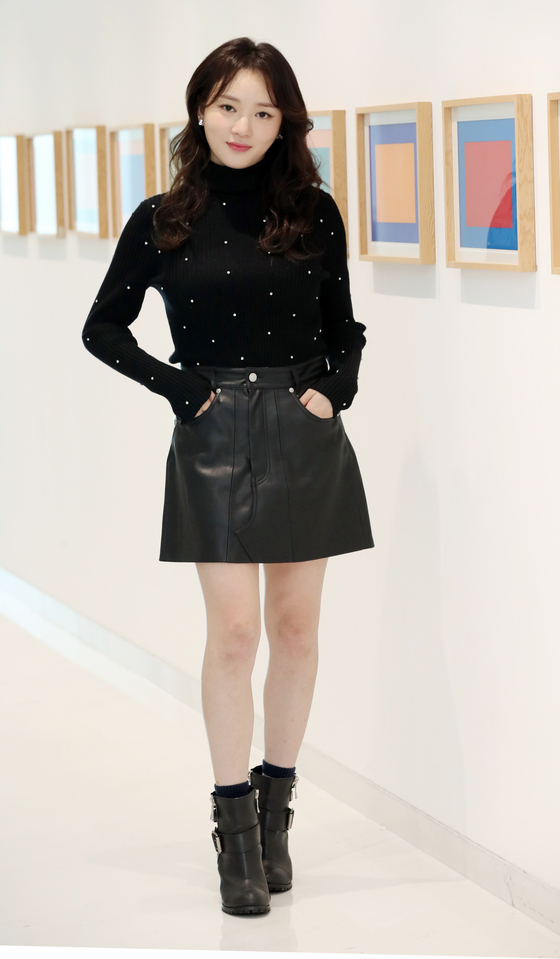 
Singer Lee So-jung of girl group Ladies’ Code is experiencing the spotlight like never before after coming in fourth place in JTBC’s popular singing competition show “Sing Again” in February.

Even her fellow contestants, including Lee Seung-yoon and Lee Mu-jin, complimented her versatile musical expressions during her stage performances. Over the course of 12 episodes, Lee performed pieces from all kinds of genres, confidently showing off her capability as a singer.

In April, Lee signed under the agency Drama House Studio, home to television personalities like Jang Sung-kyu, Daniel Lindemann and Alberto Mondi, and is currently seeking new opportunities to expand her spectrum. She recently released a song titled “Nothing Between Us” in late September.

In an interview with JTBC, Lee revealed her upcoming plans, including appearing on variety shows and getting a part for a musical. The following are edited excerpts.


Q. What is “Nothing Between Us” about?


A. At the beginning of a relationship, people tend to label it as “destiny” because they think they have so much in common with each other, but I think people feel this way because they don’t fully show their true selves. Eventually, as time goes by, people realize that they’re different, and this song is about letting go of the relationship. It’s a really difficult song to sing, and this is almost my first time thinking a song is hard. I’m afraid I might faint sometimes after singing its high notes and putting so much emotion into it.


What sort of advice did you get from the song's producers?


I’m not the type that gets better by being lectured. I’ve already worked with the composer for this song before, so they know my musical style and let me do my own thing. I was allowed to sing it however I wanted to.


Do you have any tips for singing it at noraebang [singing rooms]?


Make sure you have some energy stored, and use it wisely. The song gets really high during the bridge, making you feel like your vocal cords and heart are going to burst, so you’ll need to be able to control how you’re going to get through the entire song.


In February, you released another ballad [titled “If You Were Still Here”]. How is it different from your most recent one?


“If You Were Still Here” is about a person feeling pain and agony while in a relationship devoid of love, but “Nothing Between Us” is more sad and more sorrowful. I try to restrain my feelings to elicit the emotions more maturely.


Your new song was released around the same time as other songs released by “Sing Again” contestants, Jeong Hong-il and Kim Jun-hwi. How did that make you feel?


I’m happy to drop new music along with Hong-il and Jun-hwi. I don’t think of it as a competition. We have different styles, and so I think we have different listeners [of our songs]. It’s good to be able to rely on people [I know] during similar times.


You had a “Sing Again” concert with the other top 10 contestants of the show in Seoul in July. How was it, meeting fans again after such a long time?


It was a shame the nationwide tour got canceled [because of the pandemic]. Still, I’m glad I could perform in Seoul. Singers get so much energy from the crowd in concerts. It’s a wonderful feeling to sing in front of an audience. I love to see the audience eye-to-eye after my performance ends and see their reactions. It was very welcoming to feel it again. 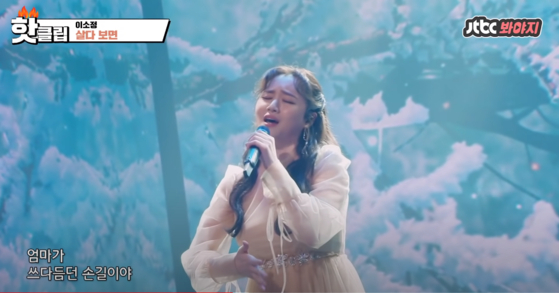 Lee performed genres of all kinds including dance, jazz, ballad and musical during ″Sing Again," confidently showing off her capability as a singer. [SCREEN CAPTURE]


Do you feel that things have changed after “Sing Again?”


When I was on [Mnet’s singing competition show] “The Voice of Korea” in 2012, I usually sang only R&B and soul. Then I suddenly debuted as a member of a K-pop girl group so I started contemplating what I wanted as a musician. I originally sang jazz, and after my debut I had to sing to K-pop dance music, which I thought my vocals didn’t really fit with. It wasn’t that I disliked K-pop, but I felt like I lacked the ability to adapt to different genres. My solution was to just “be good at everything.” I practiced singing genres of all sorts and made sure I could change my singing style instantly like a switch. I was thrilled to show everything I’d practiced on “Sing Again.” I practiced so much to the point that I got really confident. It was huge for me to be on JTBC’s [hit variety show] “Men on a Mission,” since only popular celebrities are on that show.


Do you have any advice you would like to give to potential contestants for season 2?


I got a call recently from someone I know [who plans to be on the next season], asking how they should select songs. I just told them to choose ones they’re good at. Honestly, everyone sings well these days. Don’t overthink it, go with what you feel confident in and do your best.


What new challenges do you want to try out?


I’m interested in musicals. I really want to try the role of Lucy in “Jekyll and Hyde.” She’s a three-dimensional character that seems fancy and glamorous on the outside, but is troubled on the inside, so she tends to sort of wail when she sings. She also dances. I want to be on variety shows like [JTBC’s] “Begin Again” and [tvN’s] “Amazing Saturday.” I’m a fan of music variety shows, and I also love to cook.


Do you have any upcoming plans for a new album?


My goal is to release a full-length album. I’ve gotten new tracks from producers. “Nothing Between Us” was actually chosen among a list of songs. I liked this one the best because the melody and chorus is comforting and easy to remember. And I asked people around me to choose their favorite song, and this one got the most votes. For now, I hope this song gets good reviews. Afterward, when my singles gain more recognition, then I think I’ll be ready for a full-length album.