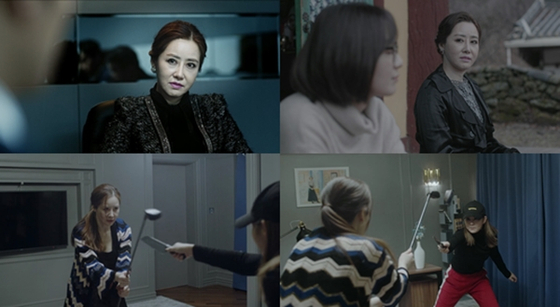 “Go to Kill,” directed by Park Nam-won, follows a female protagonist, played by Oh, who starts to take increasingly desperate measures to make ends meet after her husband falls into a vegetative state. It is set for a theatrical release in Korea on Nov. 11.

AFF 2021 will kick off on Oct. 21 and run through Oct. 28. It aims to promote the works of writers, filmmakers and artists and holds an annual conference every October in Austin, Texas. This year, the conference will also be held online.

MovieMaker, an American magazine on filmmaking, cited the AFF as one of the Top 50 Film Festivals Worth the Entry Fee in May. AFF is also accredited by the Academy of Motion Picture Arts and Sciences, giving eligibility to all films who win an award in the AFF for an Academy Award as well.

This is Oh’s first major role in a movie. She will also play the part of Regan in the Korean adaptation of William Shakespeare’s “King Lear,” starting Oct. 30.