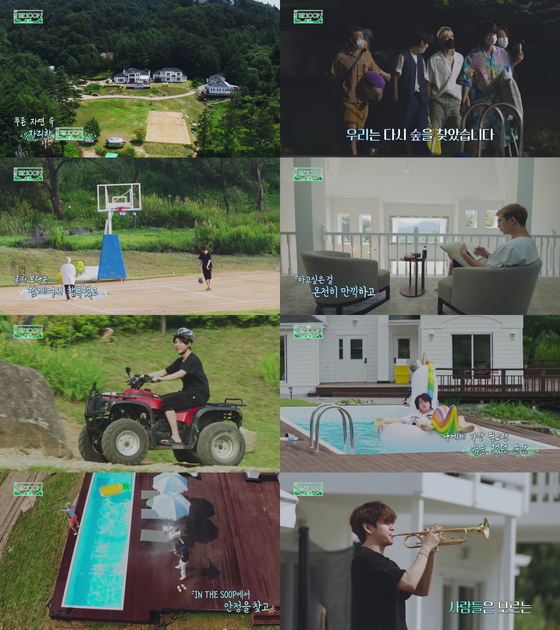 More scenes from ″In the SOOP BTS ver. Season 2″ were shown in a second teaser video. [ILGAN SPORTS]

The show, which premieres Oct. 15 on JTBC and fan community platform Weverse, is about the seven members enjoying a vacation in a resort in the woods. The teaser video shows them doing activities like reading books, playing games and swimming.

The show will air on Fridays at 9 p.m. on JTBC and 10 p.m. on Weverse. An extended version of the show is available for purchase on Weverse.

BTS JTBC Weverse In the SOOP

Season two of 'In the Soop' featuring Seventeen to air from Jan. 29