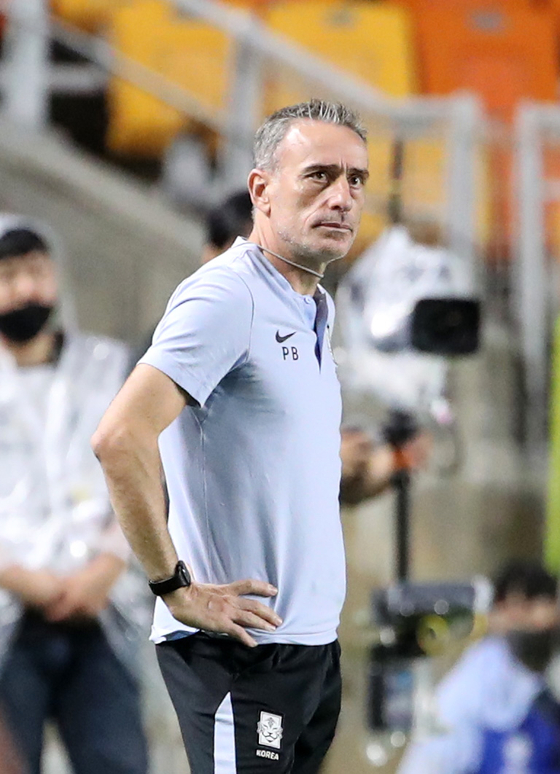 
The Korean national football team will take on Syria in the third round of qualifiers for the 2022 Qatar World Cup on Thursday, with a harder game against Iran to follow next week.

After a lackluster start to the third round of qualifiers in September, Korea currently sit at second in Group B with one win and one draw for four points. Iran leads the group with six points, and the United Arab Emirates follow with two points. Syria, Lebanon and Iraq each have one point.

With only the top two teams guaranteed a spot at the Qatar World Cup and three games still left to play, Korea need to pick up three points against Syria at Ansan Wa Stadium in Ansan, Gyeonggi at 8 p.m. on Thursday going into the tough Iran fixture the following Tuesday. 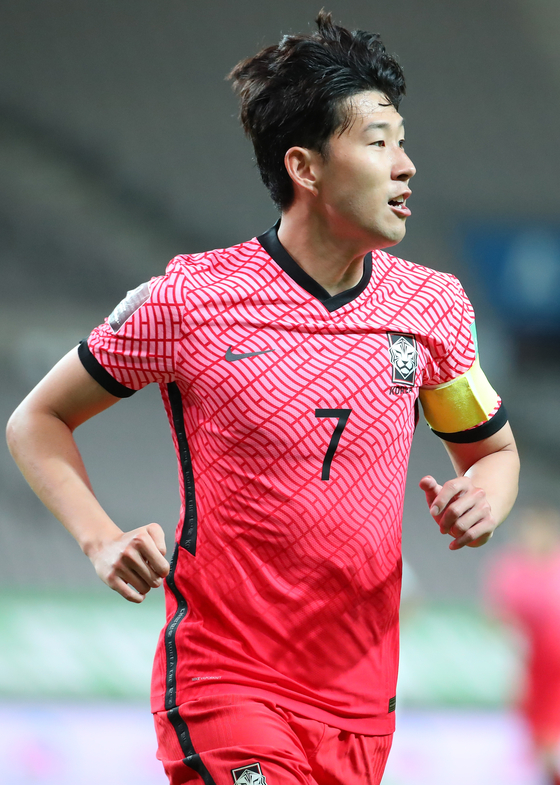 
Korea started the third round of World Cup qualifiers with an embarrassing 0-0 draw with Iraq on Sept. 2.

That draw with Iraq — ranked No. 70 to Korea's No. 36 — was primarily down to an ineffective offense that were unable to do anything with their 15 shots on goal and fell apart in the face of a physical Iraqi defense.

Despite having a hugely international squad — including Son Heung-min of Tottenham Hotspur, Hwang Ui-jo of Bordeaux and Lee Jae-sung of Mainz up front — Korea were repeatedly unable to convert. The addition of Wolverhampton Wanderers' Hwang Hee-chan injected some energy into the team, but the goals never came. 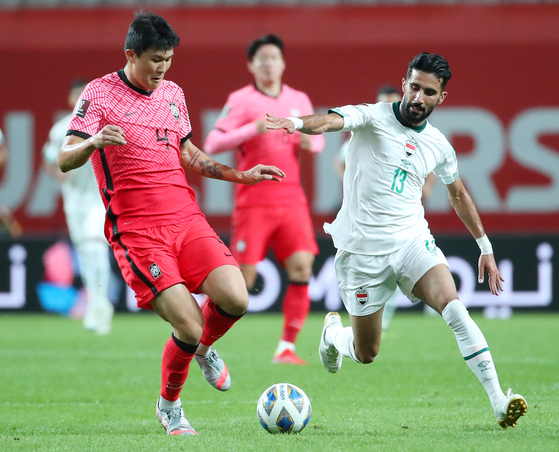 
The only saving grace was Korea's defense — led by Fenerbahce's Kim Min-jae — proved unbreakable, ensuring that the score stayed at 0-0 despite the deficit up front.

A few days later, on Sept. 7, Korea picked up a much-needed three points with a 1-0 win against Lebanon.

In that match, played without captain Son Heung-min due to injury, Korea played like a more cohesive team, but again had trouble scoring. Kwon Chang-hoon got the single goal, but once again it was the defense that kept the Taeguk Warriors in the game long enough to pull ahead. 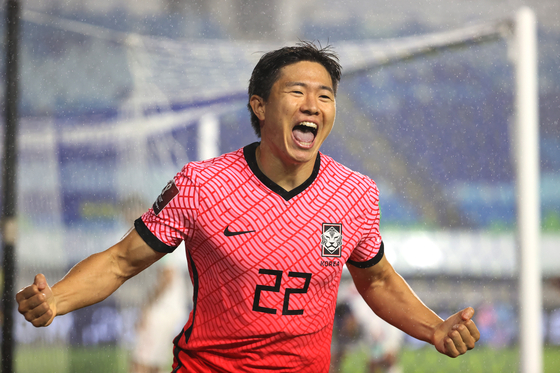 
A 1-0 win over a team that ranks 62 places lower — Lebanon is No. 98 to Korea's 36 — was not a great result for Korea, but a win is a win and it pushed the Taeguk Warriors up to second-place in Group A, on track for the World Cup.


On paper, Thursday's game against Syria ought to be an easy one — although easy games on paper haven't worked out too well for Korea so far this year. Syria is ranked at No. 81, making it one of the lower-ranked teams in Group A.

Head coach Paulo Bento has also refined his team selection a little for the series, opting to leave the up-and-coming stars behind and focus on tried-and-tested Taeguk Warriors for the Syria and Iran game. Top European players like Son, Kim, Hwang Hee-chan, Hwang Ui-jo, Lee Jae-sung and Hwang In-beom all made the list, as did former European prospect Paik Seung-ho for the first time in two years. 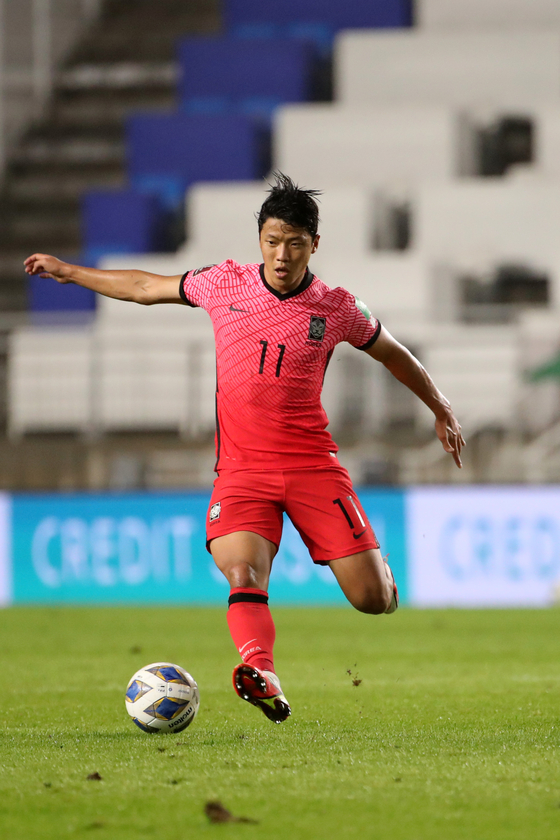 
Jung Woo-young, who plays for Qatari side Al Sadd, is often touted as the team's expert on Middle Eastern football. He had to sit out the earlier games after somebody on his flight tested positive for Covid-19, but is set to rejoin the team for the Syria match.

The two October fixtures may also benefit from coming slightly later in the season, when players in European teams have had time to settle in and warm up. Korea looked rusty in September and a number of key players left with injuries. This time around, all of the international players enter off the back of promising starts to their club seasons.

With the specter of world No. 22 Iran looming over the Taeguk Warriors, a win against Syria will go a long way to securing Korea's position near the top of Group A.