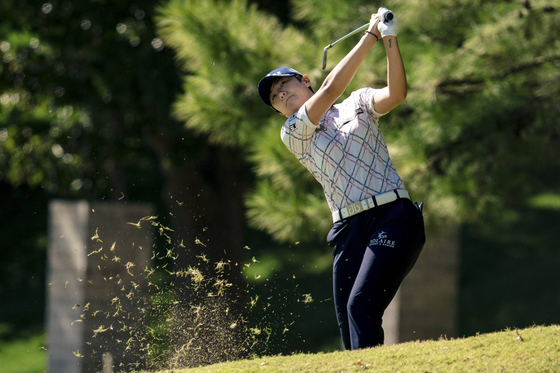 Park Sung-hyun swings for her second shot on the sixth hole during the second round of the Walmart NW Arkansas Championship at Pinnacle Country Club in Rogers, Arkansas on Sept 25. [AFP/YONHAP]

LPGA golfer Park Sung-hyun joins the KLPGA Tour after a hiatus of a year and five month. Her last KLPGA event was the 42nd KLPGA Championship held last May.

In 2016, Park Sung-hyun pulled off an incredible seven wins and two runner-up finishes at the 20 KLPGA tournaments that she competed in. In 2017, she jetted off to the United States to play on the LPGA Tour.

However, Park Sung-hyun is in the middle of a rough season, having failed to make the cut in 10 of 18 LPGA events this year. Her last win was in June 2019 at the Walmart NW Arkansas Championship. Just last week, she finished tied for 27th at the ShopRite LPGA Classic. She will be looking to cut that winless streak in Korea. 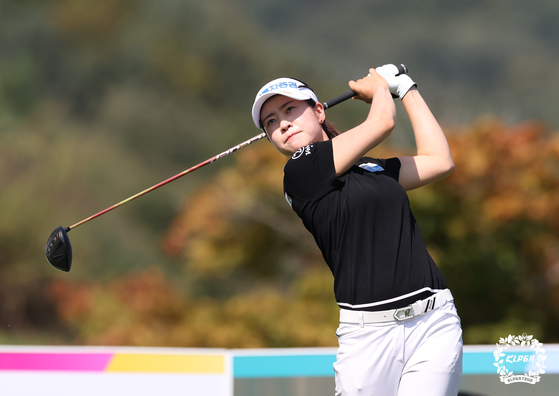 
Park Min-ji will be looking for her seventh win of the season on her way to breaking Shin Ji-yai's record of nine wins in a single season.

Park has been dominating the KLPGA Tour this season.

She won her first title of the season at only the second tournament, the Nexen Saint Nine Masters 2021 in April. Just two weeks later, she pulled off the stunt of winning two consecutive events, the NH Investment & Securities Ladies Championship in May, then the 2021 Doosan Match Play Championship just a week later.

Two weeks after that, Park won another two tournaments in a row, the Celltrion Queens Masters and the DB Group The 35th Korea Women's Open Golf Championship, both in June.

Park won her sixth KLPGA title at the inaugural Daebo hausD Open at Seowon Valley Country Club in Paju, Gyeonggi on July 11. She tied for fourth at her most recent tournament, the KB Financial Group Star Championship. 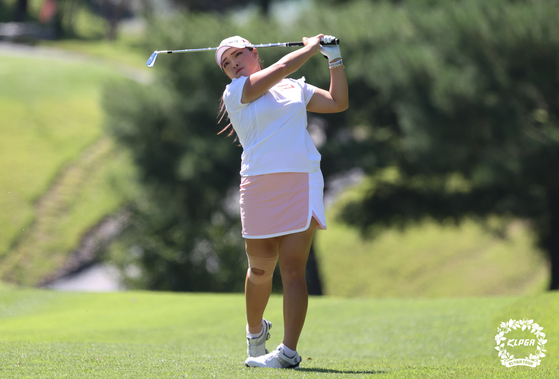 
Park's biggest KLPGA contender, Jang Ha-na, who is also having a good season, seems to have found her form after winning the KLPGA major, her second win of the season. She won her first KLPGA title at the Lotte Open in June.