Price of a second wind in a bottle is going up

Price of a second wind in a bottle is going up 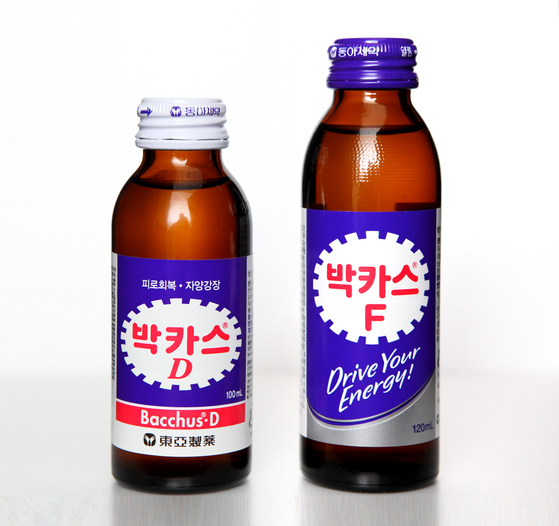 
Dong-A Pharmaceutical is boosting the price of Bacchus, Korea’s most relied-upon energy drink, for the first time in more than six and a half years.

The wholesale price for pharmacies will be 12.2 percent higher starting Nov. 1. Retail prices vary by vendor, but customers are likely to face a similar increase for their buzz-in-a-bottle.

Dong-A Pharmaceutical said the price increase was “inevitable due to the rising costs of logistics and increases in wages.”

“We tried hard not to raise the price considering the financial situations of pharmacies and customers,” said a spokesperson for Dong-A Pharmaceutical. “We will endeavor to improve the product quality, as well as offer better services to customers.”

First introduced in 1961, Bacchus has became synonymous with energy drinks in Korea. In the 1960s, shortly after the Korean War, when huge numbers of people were malnourished, Bacchus became popular as an affordable and accessible way to tackle illness and nutritional deficiencies. Now it's considered a tonic for overwork.

ESG? Dong-A has been doing that for decades.