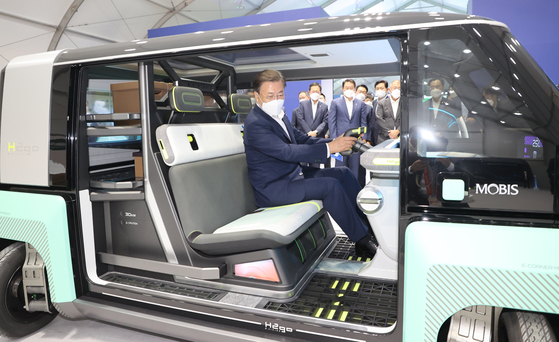 
Hyundai Mobis will build two hydrogen fuel cell system factories in Incheon and Ulsan. The company held a groundbreaking ceremony for the Incheon factory on Thursday.

The systems made at the new factories will be used in Hyundai Motor's new fuel cell electric vehicle (FCEV) that will launch in 2023.

President Moon Jae-in attended a groundbreaking ceremony at one of the sites in the Cheongna section of Incheon Thursday.

The Cheongna factory will manufacture fuel cell stacks, which generate electricity through a chemical reaction between hydrogen and oxygen. The Ulsan factory will pack the manufactured stacks into systems with other components.

The factories will start mass production by the latter half of 2023 and will manufacture 100,000 systems per year.

Hyundai Mobis is the exclusive supplier of fuel cell systems for the Nexo, which has sold 19,051 units since its launch in 2018.

In 2018, Hyundai Mobis built a hydrogen fuel cell system factory in Chungju, North Chungcheong with a capability of 23,000 systems per year. This factory is in charge of the entire manufacturing process for fuel cell systems.

“Hyundai Mobis decided to undertake such big investments despite the unstable business environment created by Covid-19 in order to get an upper hand in the global fuel cell system market,” said Cho Sung-hwan, CEO of Hyundai Mobis on Thursday.

“Hyundai Mobis will continue to make investments to fortify R&D and facilities for the hydrogen industry’s growth.”

Hyundai Mobis divided the manufacturing process into two steps to raise efficiency, according to the company.

Cheongna has encouraged investments in hydrogen by offering various incentives to R&D projects.

Hyundai Mobis said its Cheongna factory will be able to find tech workers in the area and form partnerships with other institutions nearby.

Hyundai Mobis is planning to sell the fuel cell systems to other companies with the increased manufacturing capacity.

“Fuel cell systems manufactured at Hyundai Mobis are mostly used in cars at the moment, but from now on, their use will be diversified to construction equipment and logistics equipment,” Hyundai Mobis said.

Moon said the new factory will give Korea an upper hand in the global competition to build a hydrogen economy.

The Ministry of Trade, Industry and Energy said Thursday that the use of hydrogen will increase from the current 220,000 tons per year to 27 million tons by 2050, aiming for more than a 100-fold increase in less than 30 years. 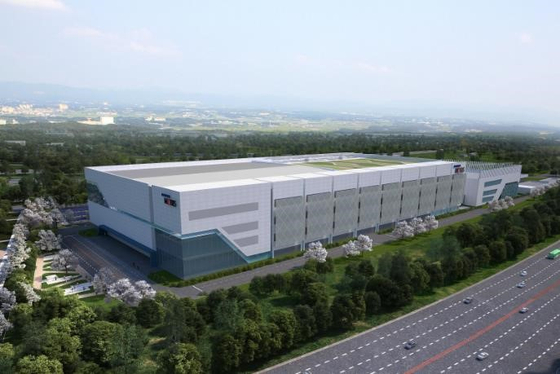