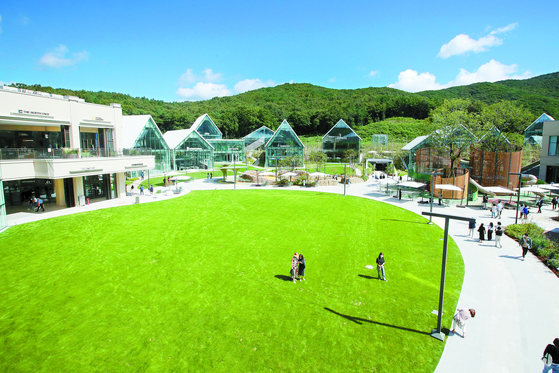 
Retailers are getting creative, or desperate, as they do battle with online shopping.

Emart is opening a showroom for cars, while Lotte is offering a garden square where visitors can picnic.

Casper is a mini SUV by Hyundai Motor that was released late last month. The car is only sold online.

"Between 100 to 150 people visited the Casper show room at Emart branch in Daegu," said Nam Chan-hyun, a spokesperson for Emart.

Last year, Homeplus teamed up with Hyundai Motor to open a test drive center at its branch in Ansan, Gyeonggi. Visitors could test drive a car parked at the store’s parking lot. 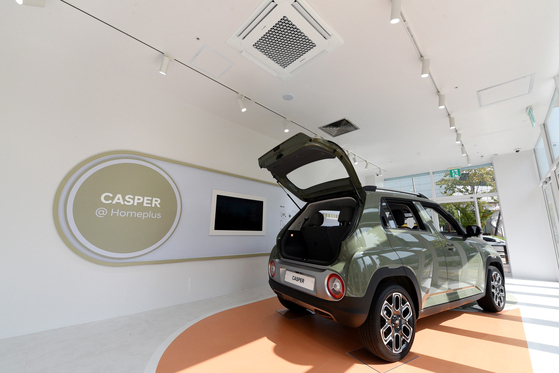 
Another car-related service from Emart is car sharing.

Emart offers a car sharing service at 57 of its branches nationwide with Greencar and Socar.

A total of around 160 types of cars, ranging from the Avante to the Sonata, are available for rent.

There are 138 Emart branches nationwide.

Space at some stores is being offered as places for customers to enjoy leisure activities.

At Lotte Shopping’s Time Villas in Uiwang, Gyeonggi, a grass square where customers can picnic and enjoy musical performances has been made available.

Couples on dates and families with children have been seen on picnics on the grass square since the outlet opened last month.

At 12 Homeplus branches, including a store in Dongdaemun in central Seoul, futsal fields are available on the rooftops of the stores. The spaces are being used by residents and youth soccer clubs.

Around 1.1 million people use the futsal fields annually, according to Homeplus.

Homplus offers personal storage spaces at three of its stores, including a one in Ilsan in Gyeonggi. The storage spaces were more than 80 percent utilized from January through August, according to Homeplus.

Emart started offering a currency exchange service at a kiosk in April, a first for a major discount mart chain in Korea. At nine of the branches, including the one in Seongsu in eastern Seoul, visitors can exchange foreign currencies into Shinsegae gift cards.

Machines for buying secondhand cell phones are also available at more than a hundred Emart and Homplus stores. 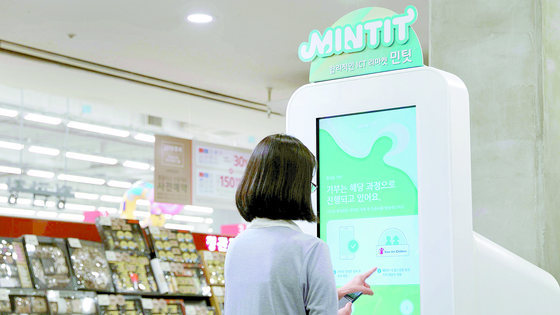 A customer uses a secondhand phone machine at a store. [YONHAP]


Customers can find out the market price of a secondhand cellphone and sell their phone through the machines.

As discounting no longer seems to be effective, retailers are piling on features to draw customers.

“Offline stores can only survive if they provide value that is beyond just buying products, as shopping beyond time and space has become available through technological development,” said Ko Young-sun, senior executive director of the mall business group at Homeplus.

Other than discount marts, food and daily supply companies are opening stores to appeal to customers seeking to experience culture.

Baskin Robbins opened a store in Gangnam, southern Seoul, in July that is designed to appeal to customers that wish to experience art so that it is not just a place to buy ice cream but also to be satisfied culturally.