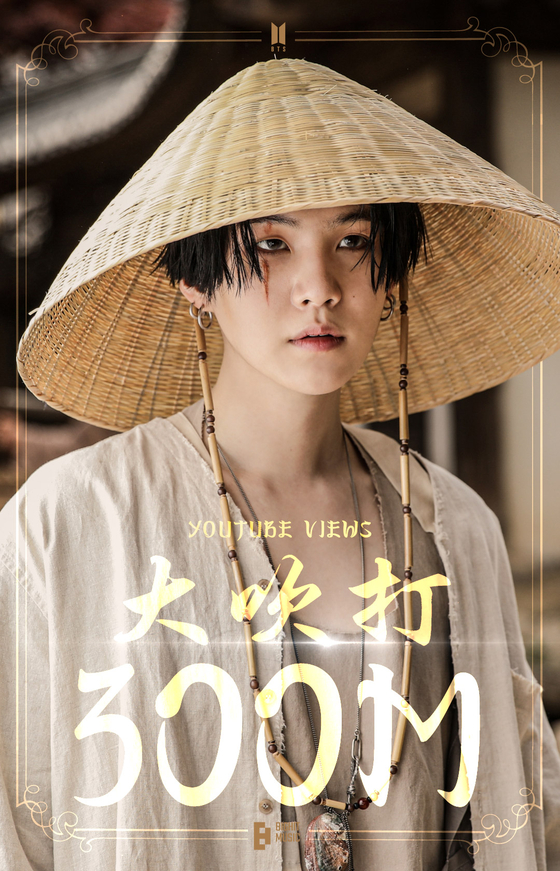 
The music video for “Daechwita” (2020) by Agust D, the alias of BTS member Suga, surpassed 300 million views on YouTube, according to Big Hit Music on Thursday.

“Daechwita” was released in May 2020 as the lead track of Agust D’s second mixtape “D-2.” The song became known for its combining of elements of traditional Korean music with rap and trap beats.

The video is set in Joseon Dynasty (1392-1910) palaces and features traditional Korean attire and a sword dance.