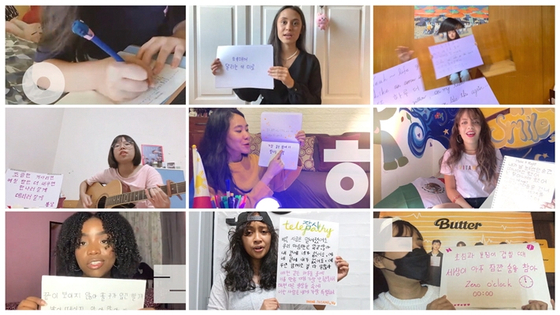 A scene from KBS's upcoming documentary "#I Learned Korean because of BTS" shows international fans of boy band BTS who are studying Korean. [KBS]


KBS will air its documentary “#I Learned Korean because of BTS" on Saturday to celebrate the 575th anniversary of hangul (the Korean alphabet), the television channel said Thursday.

The documentary sheds light on the increasing popularity of learning the Korean language and hangul due to the popularity of K-pop and particularly BTS. Many fans of BTS, who are dubbed ARMY, do not merely enjoy the band's music but are also learning Korean to understand the lyrics.

KBS interviewed fans of BTS who are studying Korean in the United States, Britain, France, Kenya, Myanmar, Indonesia and more. 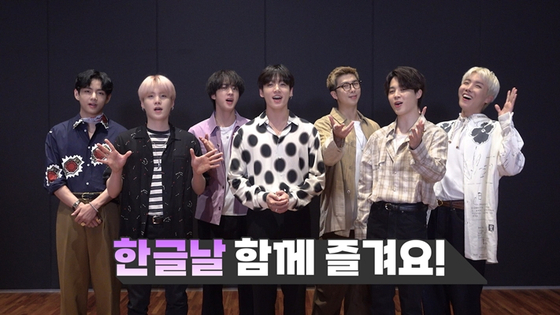 BTS prepared a special message for the documentary. [KBS]


For the documentary, approximately 17,000 fans of BTS in 122 nations participated in a survey.

BTS prepared a special message and performance for the documentary.

“When we are making music, I feel moved and delighted when our lyrics and rhythm are in harmony,” BTS member RM told KBS. “Hangul is a scientific and creative writing system.”

“I think the Korean language is a very beautiful and sophisticated language,” added member V.