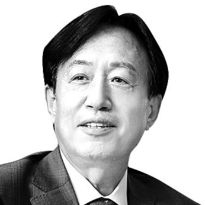 The author is president of the Korea Astronomy and Space Science Institute (KASI).

Private space tourism became a reality in July. British billionaire Richard Branson, chairman of the Virgin Group, and Amazon CEO Jeff Bezos opened the era. They returned from short trips to the boundary of the outer space within one hour. Branson founded Virgin Galactic, a space travel company, and 600 people have already reserved the $250,000 tickets. The time has come when anyone with money can go to space even if they are not trained astronauts.

Since the Soviet Union’s Sputnik went to space in 1957, the United Space left human footprints on the moon in 1969. Some 50 years since then, the mankind lives in an era of thousands of satellites of various sizes, including the International Space Station (ISS), orbiting the earth performing missions. With the fourth industrial revolution and private company investments, the space development race will accelerate. Someday, we will be able to take a vacation in space at a lower cost.

Why do we want to go to space? Humans are born with curiosity and desire as their awareness and ambition are not limited to Earth but extend further to the Moon, Mars, farther into the solar system and beyond. Because we are humans, we are curious and want to reach the space beyond the Earth.

Space exploration is a process of expanding human life and seeking answers to our existential questions. Countries and people who seek to make this difficult journey can seize an opportunity to grow in technology and industry but also a chance to raise our awareness of the world and nature as well as improve self-esteem. As the space is unlimited, opportunities are open not only to the leading space exploration countries such as the U.S. but also to Korea.

The Moon Jae-in administration acknowledges that space exploration technology is essential to take a step further and is paying great attention to the field. In May, the Ministry of Science and ICT signed the Artemis Agreement, a U.S.-led lunar exploration alliance. As a part of the program, Korea’s KPLO lunar orbiter will be loaded with NASA’s payload when it is launched in August 2022. Loading Korea’s science payload on CLPS, a private lunar landing project of the United States, is also being discussed. Moreover, as the solar physics project in collaboration with NASA since 2010 has matured, a jointly created Codex telescope is to be installed on the ISS. 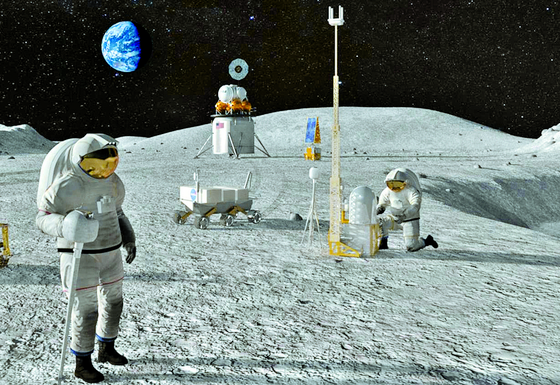 An image portraying a part of NASA’s Artemis program aimed at landing humans on the Moon by 2024, and focusing on Mars as a long-term human spaceflight goal after that. Korea is to participate in the international program. [NASA]


Beyond the lunar exploration, Korea is planning on deep space exploration, where Earth’s gravity and magnetic field do not reach. Deep space exploration is possible when all science and technological advanced are integrated together. As it is related to securing future space technology and utilization of space resources, Korea must continue make strides after securing independent launch vehicle and satellite technologies.

In order to lay the foundation for Korean deep space exploration with purely Korean technology, the Korea Astronomy and Space Science Institute (KASI), KAIST Satellite Center and the Korea Aerospace Research Institute (KARI) signed a joint research agreement. The three parties are discussing never-before-tried space exploration, including the exploration of Apophis, an asteroid that is expected to pass near Earth in 2029.

For actual realization and success of the projects, we must overcome many limits based on the accumulated technologies. All researchers, including myself, are faced with the difficult task of answering the fundamental questions of the universe with science. With collective endeavors of the government, companies and scientists and support of the citizens, I believe we can become a leading space nation in deeper space. As in the movie Interstellar, “We’ll find a way. We always have.”

[Column] Shooting for the moon

Korea to invest 1.5 trillion won into space exploration by 2027

Bigger picture for our space industry