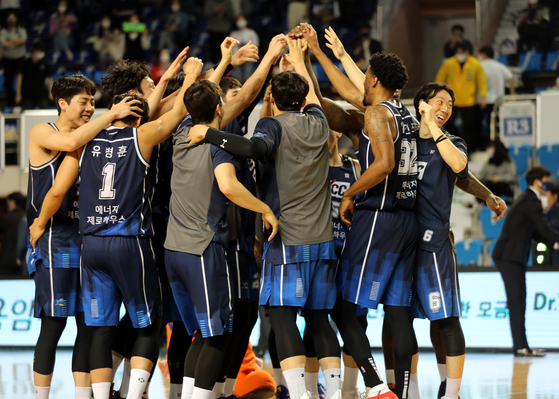 
The curtain will rise on the 2021-22 Korean Basketball League (KBL) season on Saturday as the 10 men's basketball teams are ready to vie for the regular season trophy.

The regular season will end on March 29 next year, with the top six teams advancing to the postseason. 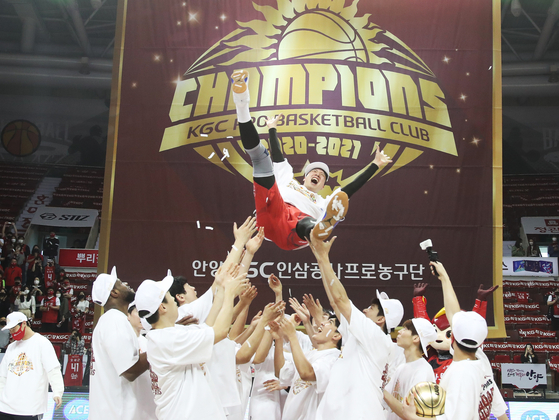 
Defending champion Anyang took home the KBL championship title on May 9, winning the first four matches of the best-of-seven KBL championship series against the 2020-21 regular season winner Jeonju. Anyang was the first champion to be crowned in two years as the KBL decided in March 2020 to cancel the remainder of the regular season and the playoffs due to safety concerns surrounding the Covid-19 pandemic. 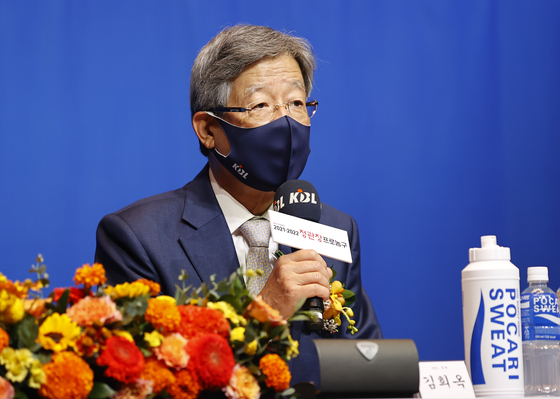 
This season, all eyes are on the KT Sonic Boom, as six of 10 managers pointed to KT as the most likely to win this season, saying that their players are especially strong at the media day on Sept. 30.

Another club to watch out for is the Kogas Pegasus, a new professional club owned by Korea Gas Corporation (Kogas).

Kogas acquired the Incheon Electroland Elephants in June and have rebuilt the club as the Daegu-based Pegasus. Daegu has been without a regional basketball team for a decade, since the Orions moved their base to Goyang, Gyeonggi. The Daegu Kogas Pegasus home stadium will be Daegu Indoor Gymnasium. 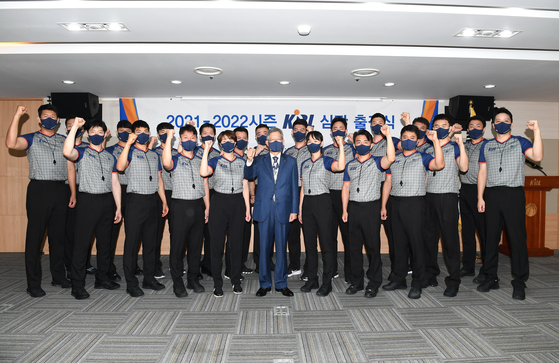 KBL president Kim Hee-ok and the 21 KBL referees pose for a picture at the referee’s ceremony on Thursday at KBL Center in southern Seoul. [KBL/YONHAP]


Ahead of the first three games starting on Saturday, the KBL held a referee’s ceremony on Thursday attended by KBL president Kim Hee-ok and the 21 referees that will be seen at the games.

Pegasus will play their KBL debut match against the Ulsan Hyundai Mobis Phoebus at Dongcheon Gymnasium in Ulsan on Saturday. Their first match at home will be against the Anyang KGC Ginseng Corporation Pro Basketball Club on Oct. 10. The match between LG Sakers and Samsung Thunders that was scheduled at 2 p.m. on Sunday will be postponed to 4 p.m.