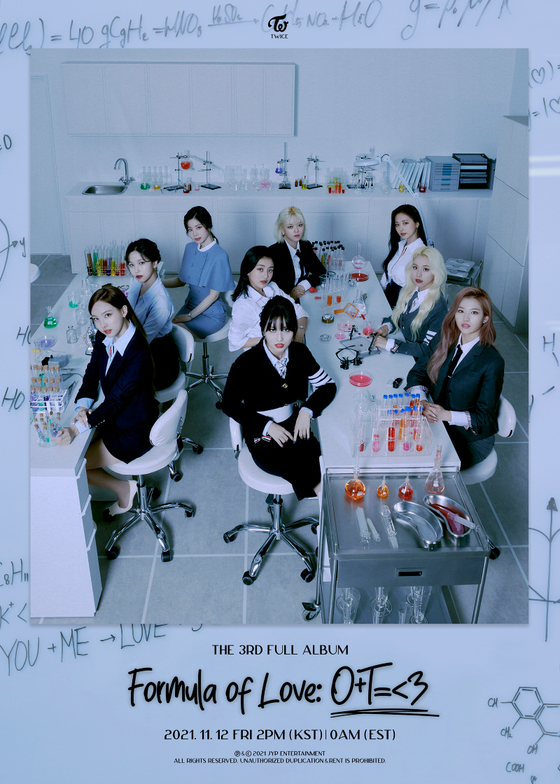 K-pop girl group Twice is gearing up to drop its third full-length album “Formula of Love: O+T=〈3.” On Friday, the group’s label JYP Entertainment released three teaser photos with a date, confirming ongoing rumors of the big release. The album will drop on Nov. 12.

In one of the teaser photos, the members are sitting in what looks like a science lab, looking as though they are mixing a love potion, trying to find the “formula of love.”

The label also added that pre-orders of the upcoming album will begin on Oct. 12.