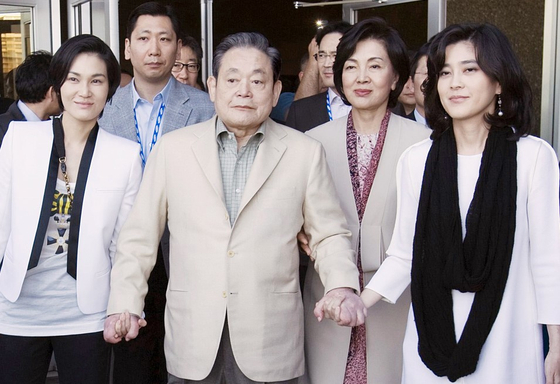 
The largest individual shareholder of Samsung Electronics is unloading some of her stock as she faces a huge inheritance tax bill.

More of the shares could hit the market in the coming days as the family looks to raise cash to cover the huge obligation.

Hong Ra-hee has reached an agreement to sell 19.9 million shares of Samsung Electronics through KB Kookmin Bank, according to an FSS filing. That takes her total shareholding from 2.3 percent of the company to 1.97 percent.

Her daughters, also facing sizable tax bills related to the inheritance, are selling shares in other companies.

Lee Boo-jin is unloading 1.5 million shares of Samsung SDS, taking her ownership in the company from 3.9 to 1.95 percent.

The filing did not mention Lee Jae-yong, Hong’s son and 1.63 percent owner of Samsung Electronics.


Hong was the wife of Lee Kun-hee, the late chairman of the Samsung Group who died in October 2020 and passed his 26-trillion-won ($21.7 billion) fortune to his family. That left the beneficiaries of his estate with tax bills that totaled 12 trillion won.

The family members agreed with the tax authorities to pay their bills in installments. This began with payments totaling 2 trillion won and was to be followed by five additional payments.

In order to cover the bill, assets were sold, loans were taken out and dividends from the companies were used.

Lee Jae-yong pledged 5 trillion won of stock in Samsung Electronics, Samsung Life Insurance and Samsung C&T as collateral with the court against the taxes owed.

Samsung Electronics has been paying higher dividends recently, including a special dividend, and paid more than any other company in the world to its shareholders in the second quarter. This money was available for family members to pay their obligations. 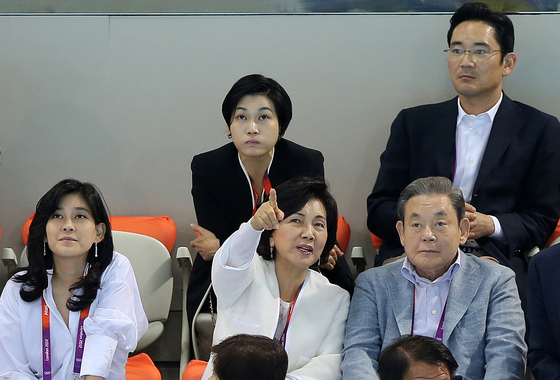 
While the family members have sold other assets to cover their tax bills, the sales in the FSS disclosure are the only known instances of any of them selling shares post-inheritance.

The shares up for sale by Hong and her daughters are worth 2.16 trillion won, based on closing prices on Oct. 8.

An anonymous brokerage source wonders whether more stock might be unloaded and whether the smaller ownership stakes will affect the ability of the family to influence the companies.

Other private shareholders have been unloading stock to pay tax bills.

The inheritance tax rate tops out at 50 percent in Korea, and an additional tax is charged if the estate is from a major shareholder of a large company.

Lobbying groups such as the Federation of Korea Industries, the Korean Chamber of Commerce & Industry and the Korea Enterprises Federation (KEF) claim that the taxation rate in Korea is too high, saying it “brings down the will to create or pass on companies due to the excessively high inheritance tax rate.”

People who have to pay more than 20 million won in inheritance tax can pay their taxes in installments of up to five years. They are charged an interest rate of 1.2 percent. In other countries, such as the United States, Germany and Japan, beneficiaries are given up to 20 years to settle their inheritance tax bills.

“The maximum taxation rate should be reduced to the OECD average and the installment period should be extended,” said Ha Sang-woo, head of the Economic Research Department at the KEF.

Critics say that no changes are necessary.

“Canada doesn’t levy inheritance taxes but the maximum income tax rate is 60 percent,” said the Solidarity for Economic Reform in a statement. “The same goes for Sweden, Israel and other countries that do not have inheritance taxes. It is not right to change a policy just for 0.1 percent of the population.”

The government is looking to revise the current laws on inheritance taxes.

Finance Minister Hong Nam-ki said on Oct. 6 that he will examine the issue and consider the possibility of using a lower base amount for calculating inheritance tax.