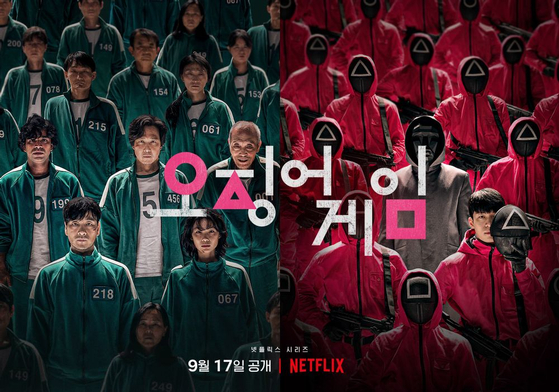 
Korean shows on Netflix are booming and the local production companies behind the scenes are winning big.

Netflix original “Squid Game” is the most recent success, becoming the first series ever to top the daily charts in all 83 countries Netflix compiles its data from. Other Netflix-funded shows such as “Sweet Home” (2020), “Kingdom” (2019-21), “D.P.” and “Space Sweepers” (2021) were also loved by fans both locally and globally.

The entertainment giant has invested 770 billion won ($643.6 million) in Korean content production since 2016, releasing some 80 shows and films in 190 countries. More investment is expected to create new shows, as the company announced February it plans to invest 550 billion won in Korean content this year alone.

The success of Korean shows has not only benefited Netflix, but also helped many sound and special effects companies involved in film production become well-known. The company claims to have added 5.6 trillion won to Korea’s gross domestic product (GDP) and created 16,000 jobs since it came to the country in 2016, citing a report by consulting company Deloitte Consulting Korea.

Special effects company Technical ART Studio CELL has been involved in the production of Netflix originals such as "Okja" (2017), "Kingdom," "Sweet Home" and the soon-to-be-released "The Silent Sea" (2021).

Post-production company Dexter Studios' The Eye division, which specializes in color grading films, was also actively involved in many Netflix shows. Its past works include “The School Nurse Files” (2020), “Space Sweepers,” “Night in Paradise” and many more. Apart from Netflix shows, The Eye is involved in 40 percent of Korean films premiering this year, according to the company.

Being behind many films, The Eye division of Dexter Studios saw sales in the January-June period jump 35 percent on year.

Live-Tone, a subsidiary of Dexter Studios, is another company that is behind the production of movies and Netflix shows such as “Okja,” “Space Sweepers” and “Kingdom." According to the company, the number of films and shows it participated in this year more than doubled from a year ago.

“The biggest standout of working with Netflix is that its a synergistic relationship in which we actively engage in talks to put forth productions of the highest quality by using [each companies'] strengths," said said Live-Tone CEO Choi Tae-young.

Visual effects company Westworld has also grown rapidly. Behind Netflix's "Sweet Home" and "Okja," the company’s profit last year was 14 billion won, up 144 percent on year. There were less than 10 employees when the company was first established in 2018, but it has now expanded with some 170 people working.

Iyuno SDI specializes in localization services, providing subtitles and doing voice dubbing for Korean films to go global. It has 67 offices around the globe in 34 countries and 2,300 employees. It became a Netflix Preferred Fulfillment Partner in 2015, and worked on shows such as “Kingdom” and “Extracurricular” (2020).

“There were some limitations in the local subtitle and dubbing industry some 10 years ago, but the industry was revitalized due to entertainment streaming services including Netflix,” said Oh Hye-seok, a global customer director at Iyuno SDI. “Subtitles and voice dubbing are now considered more than just a translation service, but a key factor to depict the fun and excitement that help localize content.”