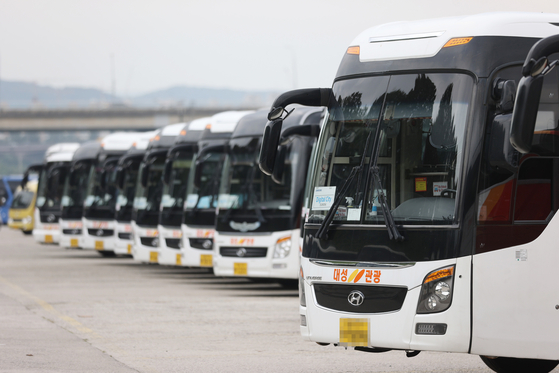 A tour bus is shown parked in Songpa District, southern Seoul, on Sunday. As the government continued to extend social distancing, the tourism industry has seen little improvement in their situation. The government’s compensation program for small businesses that were affected by the social distancing regulation since July excluded travel agencies. The government on Friday announced that it will provide compensation of up to 80 percent of sales lost between July and September compared to 2019 with a ceiling of 100 million won ($85,000) per applicant. [YONHAP]