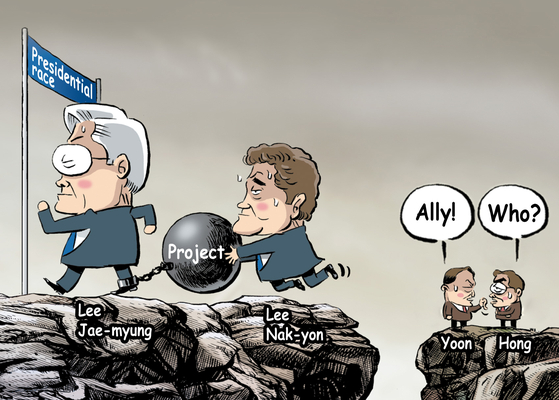 Gyeonggi Gov. Lee Jae-myung has just been elected presidential candidate of the ruling Democratic Party despite suspicions over his potential involvement in the lucrative Daejang-dong development project when he was mayor of Seongnam city in 2015. Meanwhile, former Prosecutor General Yoon Seok-youl and Rep. Hong Joon-pyo, archrivals in the opposition party’s race to pick its presidential candidate, exchanged a spat over the authenticity of Yoon’s comment in a television debate in which he told Hong they are allies. [PARK YONG-SEOK]