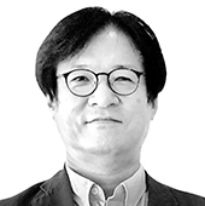 Jaung Hoon
The author is a professor of political science at Chung-Ang University and a columnist of the JoongAng Ilbo.


Upon reading the headline, some readers may turn the page if they hate politics. Yet I would like to make an ironic argument that our politics can be saved by the very people apathetic about politics. They may have become indifferent to politics because of repeated disappointments by politicians, but only through their engagement can the “tribal war” between political parties abate and hopefully stop.

Let me tackle the quandary in three ways. First, the fierce war between the ruling and opposition parties in Korea ahead of the next presidential election in March reflects a tragic loss of the spirit of compromise and coexistence cherished by leaders of our democracy over three decades ago. Second, the compromise and coexistence was only replaced by a brutal tribal war to take power. Third, the merciless battle between the ruling Democratic Party (DP) and opposition People Power Party (PPP) can only be stopped by the people in the middle of them. Only when they stop mockery of politics and step in politics can the brutal tribal war be stopped.

First, let’s go back to 1987, when the spirit of compromise began. After a huge wave of democracy swept the Korean society in the spring of that year, democracy leaders Kim Dae-jung and Kim Young-sam accepted the Special Declaration for Grand National Harmony and Progress — a compromise proposal from the authoritarian Roh Tae-woo administration. Despite strong oppositions from democracy fighters, the two leaders agreed to amend the Constitution through negotiations with the military government toward the direct presidential election system to achieve the ultimate goal of democratization.

Former President Kim Dae-jung was a democracy activist who was sentenced to death by the military regime for his democracy movement and then sent into exile for years. But he knew how to compromise. His predecessor Kim Young-sam also took a tough path as a democracy fighter, yet both leaders moved toward a democracy based on negotiation and compromise. Starting their political career in their 20s and 30s, they had firm faith in parliamentary democracy.

After Kim Young-sam became the president in 1992, Kim Dae-jung succeeded him five years later after many twists and turns in the lead-up to his election triumph. But at the time, we were convinced that we would move on to a better democracy.

Second, after the two Kims’ era ended in 2002, the spirit of compromise and coexistence — the lynchpin of democracy — started to disappear fast. Following the opposition’s preposterous attempt to impeach liberal President Roh Moo-hyun in 2004, politics was drawn into a deep swamp of revenge, lies and injustice.

What’s left of our politics is a brutal tribal battle between the conservatives and liberals. The primitive warfare is based on three faiths: First, an election is a game in which one can take power or get killed depending on the results; Second, as internal unity is important for a tribe, even a slightest deviation cannot be forgiven; Third, the other tribe must be controlled.

Tribal war goes on in many parts of the world. The chaos in Afghanistan cannot be comprehended without understanding the history of deep-rooted animosities among the Pashtuns, Tajiks, Uzbeks and Hazaras. Despite the pride as a flagbearer of democracy, U.S. politics is turning into something akin to a tribal war between the Reds and the Blues over many issues. For one, the Reds do not concede to their defeat in the presidential election last November. The attack on Capitol Hill by fanatic Trump supporters is just a tip of the iceberg.

Third, a multitude of people placed between the two groups are increasingly turning away from politics. But the price of political apathy is very high. Whoever wins in the contest — whether it be the DP or the PPP — the apathy group will find it more difficult to breathe. Their “political distancing” played a big part in the lead-up to the collapse of the Weimar Republic (1919-33) before the rise of Nazi Germany and also in the fierce tribal battle in the U.S.

Only the group squeezed in between the far right and the far left holds the key to buffering the devastating impact from a sharply divided world. The DP nor the PPP can win the next presidential election on its own. As soon as their internal race to choose their presidential candidate is over, the two tribes will present many sugarcoated promises. When they do, the middle group must ask who among the candidates will rekindle the flame for compromise and coexistence and who will not abandon his campaign promise to talk with the people in the middle zone after he is elected president. The group of people with political apathy — who takes up a whopping 42 percent of our young generation according to a Gallop Korea poll — must help end the tribal war between the two opposite extremes.