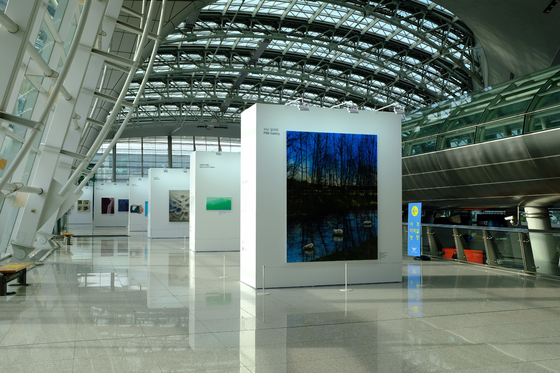 A special exhibition to celebrate the 20th anniversary of the Kiaf Seoul art fair is now on view at Terminal 1 of Incheon International Airport. The show runs through Oct. 22. The 2021 Kiaf will be held from Wednesday to Sunday at Coex, southern Seoul. [KIAF]


It has been two decades since Kiaf Seoul, one of Korea’s major art fairs, was set up. The 2021 edition of the art fair, scheduled to kick off on Wednesday, is attracting more international attention than ever before, after it was announced that from next year Kiaf will be held in partnership with the world’s renowned Frieze art fair. In addition, the growth of the Korean art market is accelerating, led by young collectors.

The Galleries Association of Korea, which hosts Kiaf, said in a press conference last Wednesday about 170 galleries from 10 countries will offer artworks at the Coex convention center in the heart of Gangnam district, southern Seoul. The fair starts with a VVIP preview exclusively for top art collectors invited by the participating galleries on Wednesday and, after a VIP preview exclusively for invited collectors on Thursday, the fair will be open to the public from Friday to Sunday.

“We offered a limited number of 100 tickets for the VVIP preview to the public, which cost 300,000 won ($251), and they were sold out in just two days,” a Kiaf official said. “It reflects the high interest of new or young collectors, who are not yet close enough to galleries to be invited by them.”

The interest in this year’s Kiaf is high among not only Korean art lovers but also international galleries. “We had to reject more than 120 local and foreign galleries this year for quality control among the surging number of applications,” said Do Hyung-teh, president of Gallery Hyundai, one of Korea’s top galleries, and deputy head of the Galleries Association of Korea.

Several big international galleries including Pace, Lehmann Maupin and Perrotin will open booths at Kiaf once again. In particular, Sprüth Magers, which participated in the fair for the first time last year but couldn’t have an in-person show as the fair was held only online, will open an offline booth.

The new foreign participants include some well-known galleries based in Berlin such as König Galerie, Esther Schipper and Peres Projects; New York-based Gladstone Gallery and LA-based Various Small Fires.

Most of Korea’s major galleries including Gana Art, Kukje, Arario, PKM, Hakgojae and Leeahn as well as Hyundai will appear at the 2021 Kiaf.

The admission for the general public is 30,000 won. The fair wraps up on Sunday.