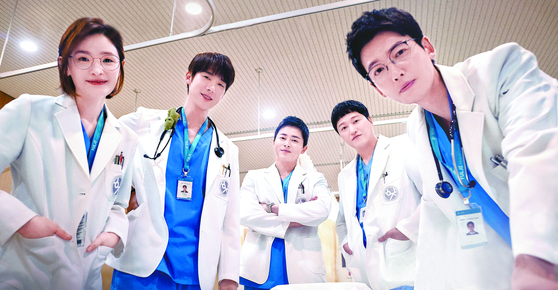 
Tvn’s “Hospital Playlist” set a precedent by becoming a highly successful seasonal series which wrapped up with a flourish of viewership. The final episode earned a rating of 14.1 percent last month, the highest out of all the episodes aired over the two seasons.

“Hospital Playlist” is the sixth highest viewed tvN-produced series and the second highest series aired on weekdays on the cable channel.

From the very first episode aired in March 2020, the series went above expectations, captivating viewers with warm tales of five friends, doctors in their respective fields, who gather under one hospital to work and play together.

Each episode consisted of numerous episodes based on the five friends, their patients, and their co-workers. 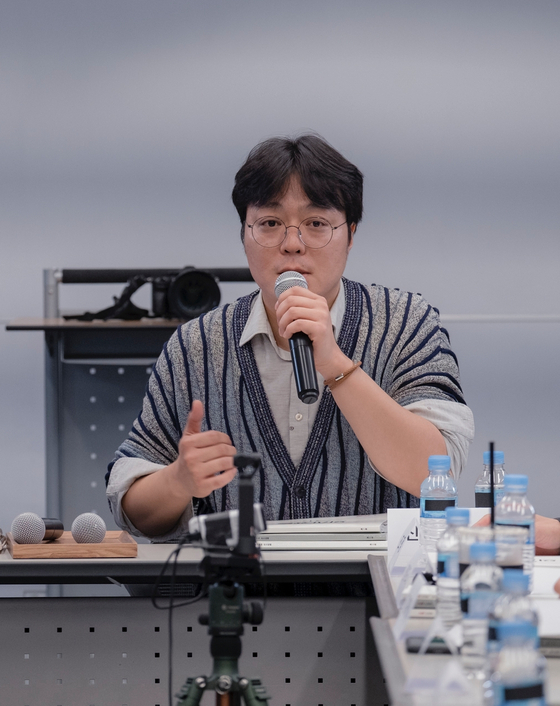 “For the second season, I believe it was the familiarity that people felt to the story,” Shin continued. “Within the two years as the series aired its two seasons, people have built up affection for the series itself, the characters and the actors. Since they are already familiar with the characters, their relationships and their stories, it was easier to close the distance between the series and the viewers, which I think is the biggest factor that led to the series’ popularity.”

The series marks the beginning of what is considered to be a set of radical changes within the local television industry, with its success opening up possibilities for instituting better working environments for local staff. Not only is it the first attempt at a proper seasonal series, but also the first to air one episode per week instead of the usual two episodes that most broadcasters stick to. Traditionally, two episodes per week is what local producers deem to be appropriate to engage viewers with the story and wait with patience for the next episode to air the following week.

Instead, the staff of "Hospital Playlist" increased the running time of each episode well past the normal one-hour episode. For the last five episodes of the second season, each episode was almost two hours long.

“I don’t think I would ever be able to do a series with two episodes per week,” Shin said. “When I think about it now, I cannot fathom how I managed that kind of a schedule. This isn’t something limited to me. All of the staff and actors feel this way. Since we are less tired, what it comes back to is the efficiency on the sets. I think that is the biggest advantage of a series airing one episode per week. The reason why the cast had enough time to practice the new band songs every episode was due to our leisurely time schedule.”

Prior to the airing of the final episode on Sept. 16, Shin revealed to local press that, much to fans’ disappointment, he has no intentions of prolonging the series for another season. The decision may have led to the focus of the second season being on tying up the loose ends related to the romantic relationships between the five friends. 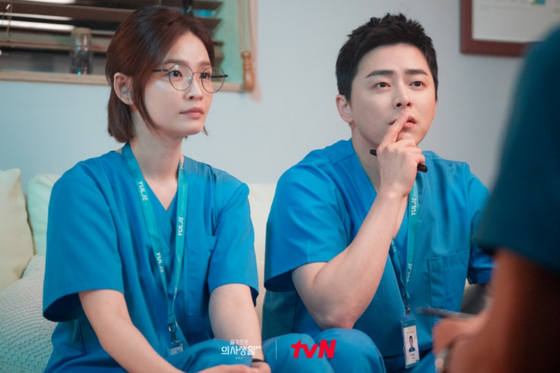 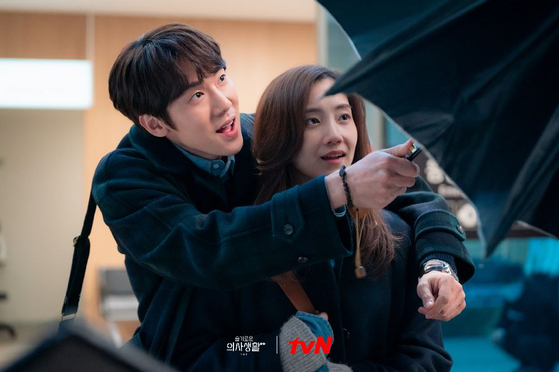 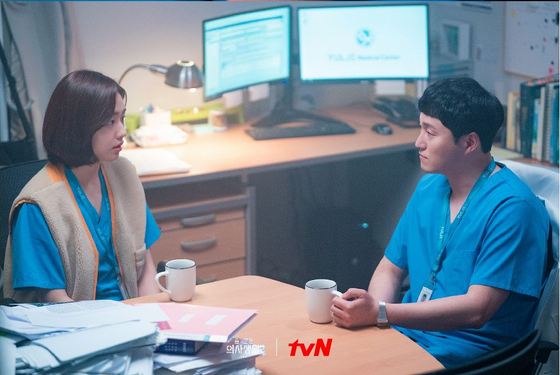 Compared to the first season, the romantic relationships of the five friends became a central theme of the story to wrap up the loose ends left hanging at the end of the prior season. [TVN]


“The romantic relationships are just one of the pillars of the everyday stories that we tell in this series,” Shin explained. “However, to lead the narrative primarily based on such mundane tales may cause viewers to lose focus, which is why we need a central axis, and that, for this series, became the romance. I’ve deliberated a lot on keeping just the right amount of balance between the ordinary stories and the romance, which is why I think we haven’t put that much of a special emphasis on the romance alone. If people thought that romance took the central theme of the second season, I can only assume that it looked that way because each couple’s romance was ripening.”

Shin also elaborated on why he decided to end the series after two seasons. At the start of “Hospital Playlist” last March, Shin revealed at a press event that he aspired for the series to become a long-running one centering around everyday happenings between five best friends equivalent to the iconic American sitcom series “Friends” (1994-2004).

“There were a lot of unprecedented concerns that followed after the first season ended,” Shin said. “If we were to continue the series, it felt that it would be possible to continue when all of our worries were resolved. And the sense of fatigue which follows from a seasonal series was bigger than I anticipated. For the past three years, I was only typing ‘Hospital Playlist’ in my search engine. That was how much this series took up my life for the past three years, and it was extremely tiring to only think of that one project for this long. As a creator of content, I think it would have been less taxing if I could distract myself with another project between working on this series, but I couldn’t do that. So as of now, I just want to rest for a while.”