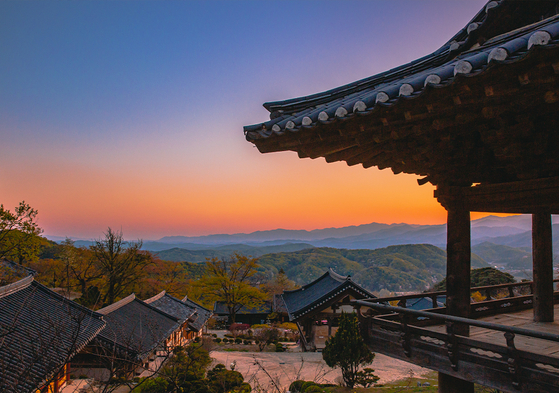 YEONGJU, North Gyeongsang — Avid travelers often spend hours figuring out the best way to get the most out of their itineraries and balance their time between enjoying the nature and heritage that the areas they are visiting have to offer during daylight hours.

But in Yeongju, visitors can start their day a bit later as some of the major attractions in the region stay open even after the sun sets.

Sosu Seowon, also known as Sosu Confucian Academy, as well as Buseok Temple are two of the major spots that visitors can visit even at night. Another popular destination, Museom Village, which became famous thanks to its narrow and curvy bridge that people try crossing while finding their balance as to not fall down into the shallow water, is a great place to stop by in the late afternoon when the sun starts to set.

Sosu Seowon, the first seowon or Confucian academy in Korea, first welcomed students in 1543. It is a Unesco World Heritage along with eight others that are collectively inscribed as “Seowon, Korean Neo-Confucian Academies” in 2019. It isn’t too big, yet you might find yourself losing track of time when you see the sky filled with sparkling stars at night. 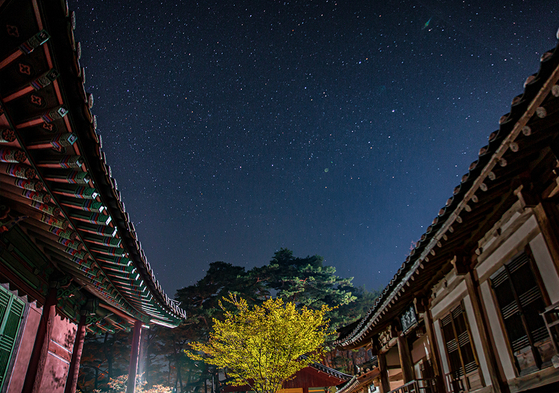 A star-filled sky can be seen from Sosu Seowon in Yeongju. [SW TOUR]

The seowon isn’t usually open after dark, but to offer travelers something new in comparison to other historical sites, the local authority joined hands with a travel agency to offer a special night time travel program. SW Tour offers the night-time tour of Sosu Seowon and another Yeongju travel hotspot Buseok Temple for 49,000 won ($40). For now, the only way to get a nighttime view is through the tour package.

If you want to just travel on your own schedule to see the nightscape of Yeongju, check out Buseok Temple, another site listed as Unesco heritage. It is also designated under “Sansa, Buddhist Mountain Monasteries in Korea” collectively with six others including Beopju Temple in North Chungcheong and Tongdo Temple in South Gyeongsang.

From the area in front of the main Muryangsujeon building, one can take a look at the layers of mountains behind the other gate and buildings on the premises of the temple. It is better to go a little before the scheduled sunset time to catch the sky turning red above the layers of mountain ranges afar. At 7 p.m., the bell is tolled just as the pink sky turns to total darkness. 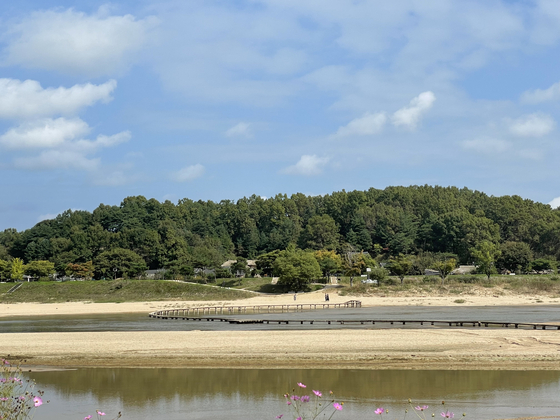 If you are an early bird, try visiting Museom Village. While the bridge is good to visit at anytime during the day, a trip during the late afternoon offers a somewhat nostalgic ambience. Since the bridge is just wide enough for one person, there are some buffering steps in the middle so that visitors can wait until the next person coming from the other side passes. It is possible to just sit on those buffers and gaze over at the small town filled with hanok, or traditional Korean houses, on one side and mountains on the other.

Yeongju is known for its beef, so do try if you are a meat lover. It is also known for its apples which are in currently in season. If you want to taste something only available in Yeongju, try a dish called taepyeongcho. It is made with muk, or acorn jelly, but boiled in pork broth with kimchi. It is almost like kimchi jjigae with muk inside.

To get to Yeongju, go to Cheongnyangni station to get on an express train to Yeongju Station. It takes about one hour and 40 minutes. If you drive, it takes about two and a half hours from Seoul Metropolitan Government in central Seoul to Yeongju City Hall.