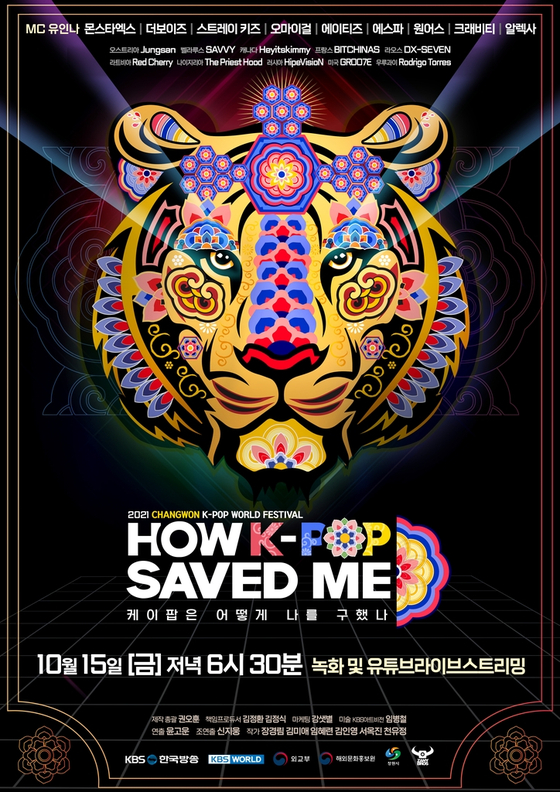 
The final round of the 2021 Changwon K-pop World Festival will be aired live on Friday, according to Ministry of Foreign Affairs Tuesday.

Co-organized by the Ministry of Culture, Sports and Tourism, the Ministry of Foreign Affairs, the Korean Culture and Information Service (Kocis), KBS and sponsored by Changwon City, the festival began in 2011 as a part of the Culture Ministry and Kocis’s efforts to provide opportunities for foreign fans of K-pop to perform their favorite songs.

A total of 80 teams from 74 countries competed in the preliminary rounds in their respective embassies and cultural institutions this year. Ten teams — from Nigeria, Laos, Latvia, Russia, the United States, Belarus, Austria, Uruguay, Canada and France — made it to the final round.

The final round will be livestreamed via KBS’s YouTube channel “KBS World TV” at 6:30 p.m. Friday and later be aired in 120 countries through the KBS World channel.

K-pop acts such as Monsta X, The Boyz, Stray Kids, Oh My Girl, Ateez, aespa and Cravity will put on congratulatory performances against the backdrops of iconic Korean tourist attractions.