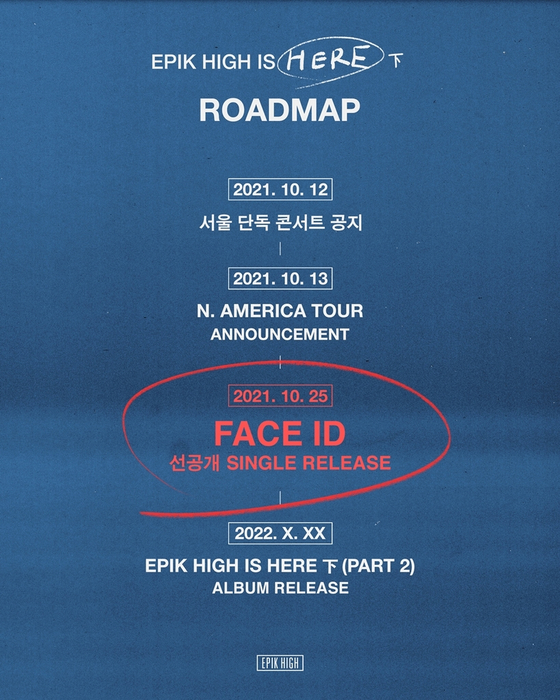 
Hip-hop trio Epik High will release its single “Face ID” on Oct. 25, according to its music label Ours Corporation Tuesday.

“Face ID” is a pre-release single from the group’s upcoming 10th album “Epik High Is Here Part 2.” The remainder of the tracks are scheduled to be released next year.

Ours Corporation released the poster for the upcoming album on Monday through its social media channels. According to the poster, schedules for solo concerts in Seoul and North America tour are soon to be released.