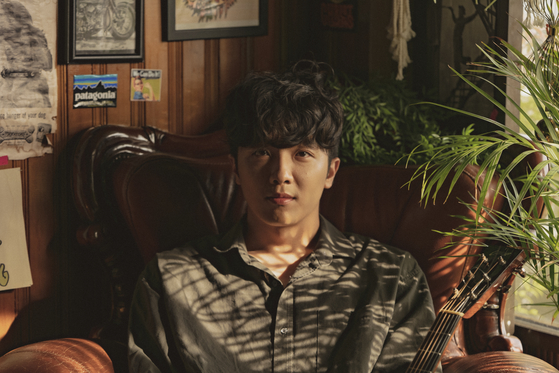 
Singer-songwriter Jukjae will go on a tour across Korea for the first time since his debut in 2014.

According to his agency Antenna, Jukjae will begin the tour titled "Us, Together" (translated) in Seoul on Nov. 19, before heading to Gwangju, Busan and Daegu.

The concerts will be held in the Yes24 Live Hall in Gwangjin District in eastern Seoul between Nov. 19 and 21, the Kim Dae Jung Convention Center in Gwangju on Nov. 27, the Busan Cultural Center in Busan on Dec. 5 and the Exco Auditorium in Daegu on Dec. 18.

“This concert contains the story of us who have walked on different paths but will come together as one,” Antenna said.

The artist earned recognition as a guitarist in 2019 when he appeared on the third season of cable channel JTBC’s “Begin Again” when he performed on the streets of Germany and the Netherlands along with singer Taeyeon, Lee Juck, Paul Kim and Kim Hyun-woo. His hit songs include “Let’s Go See the Stars” (2017) and “Do You Want to Walk With Me?” (2020).