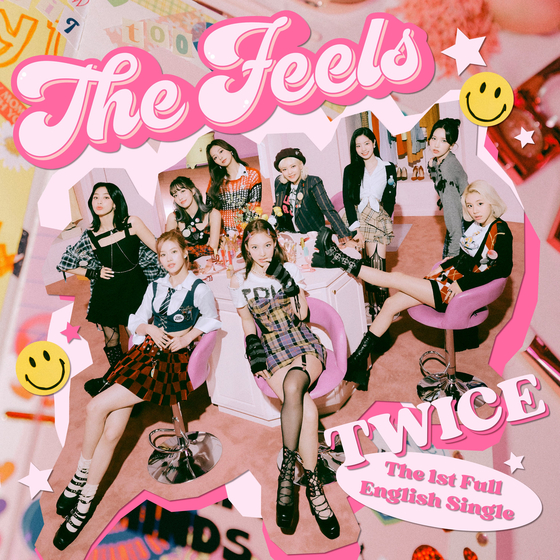 This month, girl group Twice released its first English-lyric single “The Feels” and premiered the stage performance of the track on the American talk show “The Tonight Show Starring Jimmy Fallon." [JYP ENTERTAINMENT]


There was once a time when English words being overly used in Korean songs was frowned upon. But now it seems like K-pop does not necessarily have to be in Korean. Following the hit of BTS’s English-lyric hits “Dynamite” (2020) and “Butter” (2021), an increasing number of K-pop acts are releasing songs with lyrics completely in English.

While some welcome the move, believing it appeals to a wider audience around the world, some ask the question: Is a song still K-pop with no Korean lyrics?

Earlier this month, popular K-pop girl group Twice released its first English-lyric single “The Feels” and premiered its stage performance of the song on the American talk show “The Tonight Show Starring Jimmy Fallon.” Twice’s management JYP Entertainment said that “The Feels” was a special service for international fans, as well as an accelerator pedal for the girl group’s global ventures. 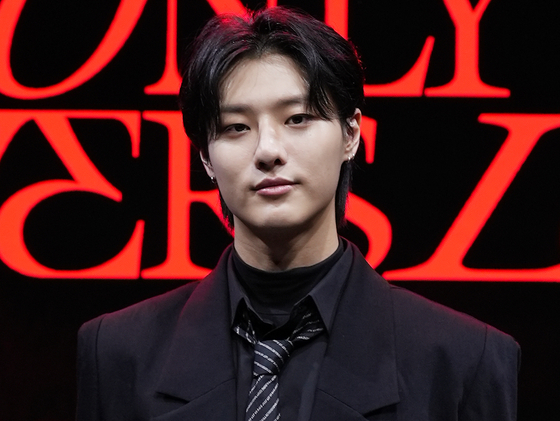 
But Twice is just another addition to the list of K-pop acts who have released English-lyric songs. Also earlier this month, singer-songwriter Woodz released his EP “Only Lovers Left” with three of its six tracks in English.

“I wrote English songs because I thought I needed to make a leap forward to go global,” said Woodz. “I prepared the songs hoping that people abroad can enjoy my music too. My goal for this album is to become a global artist.”

Boy band Tomorrow X Together (TXT) also released its first English-lyric song “Magic” in May and performed it on the American talk show “The Late Show with Stephen Colbert” last month. Boy band Monsta X went as far as to drop a full-length album “All About Luv” entirely in English for the U.S. market last year. 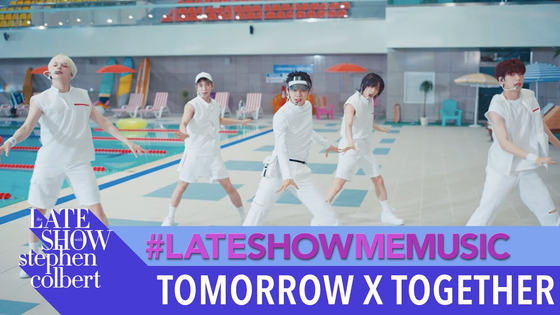 Boy band Tomorrow X Together (TXT) released its first English-lyric song “Magic” in May and performed it on the American talk show “The Late Show with Stephen Colbert” last month. [SCREEN CAPTURE]


For most K-pop stars, releasing English-lyric songs seems to equal taking their careers to an international level. Fully English “K-pop” songs are no longer an anomaly and are garnering moderate success. 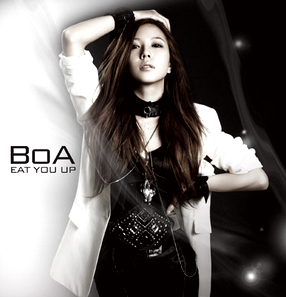 “Eat You Up” (2008) was one of singer BoA’s English-lyric songs aimed for the U.S. market. [SM ENTERTAINMENT]


“The major difference was that there was no foothold for K-pop back then. Wonder Girls and BoA’s English albums were more like debuts in the U.S. rather than a means to expand their careers, and they were not successful abroad or domestically. But BTS had already built a sturdy international fan base with its Korean songs, so releasing ‘Dynamite’ and ‘Butter' was just another move to attract a wider audience who are not familiar with foreign languages. That’s the difference with the English K-pop songs we are seeing nowadays.”

“We must remember that BTS initially gained worldwide popularity through its Korean-lyric songs,” said pop culture critic Jeong Deok-hyun. “If BTS started with English-lyric songs from the beginning, the responses would have been negative. But now that K-pop has transcended Korea, English-lyric songs can be seen as an act of global fan service and an especially good strategy for more radio airtime abroad.”

Non-English songs are known to face a disadvantage on Western music charts as they are aired relatively less on the radio, as seen in the case of Psy’s 2012 hit “Gangnam Style.” BTS’s “Dynamite” and “Butter” topping Billboard's Hot 100 singles chart was partially attributed to the songs being in English, which American listeners are more familiar with. 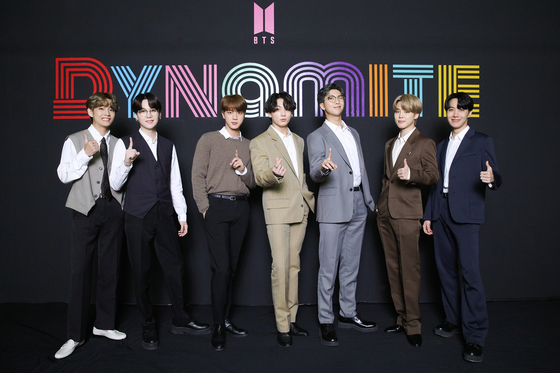 
“More radio airtime means more promotion and chart reflection in Western countries,” Jeong added. “English lyrics definitely lower the entry barrier for those who are not familiar with foreign languages.”.

However, some say English-lyric K-pop can easily be a double-edged sword, as they can feel alien to domestic and foreign fans who are used to seeing their favorite idols sing in Korean.

Melanie Poy, a Swiss fan of Korean content, told the Korea JoongAng Daily that she feels English-lyric K-pop songs may take away from the “Korean-ness” of K-pop.

“I listen to K-pop because I like the Korean language and culture as a whole, not just for the music,” said Poy. “Perhaps English-lyric songs can help K-pop artists reach a wider audience, and I do enjoy those songs too. But I’m not sure if that will make listeners further interested in the soft power and culture Korea has to offer. K-pop is more than just the music.”

Professor Lee seconded his skepticism on how effective English lyrics can be.

“In fact, many foreign K-pop fans prefer Korean lyrics over English,” he said. “If they wanted English songs, they have more than enough alternatives to listen to.

"Especially since the mid-2010s, the sound of K-pop is not that much different from popular music styles in the West; It’s not intrinsically Korean. Of course, K-pop has other distinguishing factors like elaborate music videos and stage performances, but the definitive factor eventually boils down to Korean lyrics.” 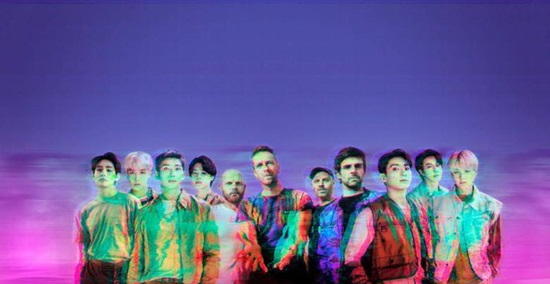 
A prime example is a recent collaboration between BTS and British rock band Coldplay on their song “My Universe,” which debuted at No. 1 on Billboard's Hot 100 singles chart. Even in collaboration with a British act, about half of the lyrics of “My Universe” are in Korean. Including Korean lyrics was a large factor behind the song’s positive reception from Korean and foreign fans alike, highlighting the importance of maintaining a Korean identity.

“If ‘My Universe’ was completely in English, the collaboration with BTS wouldn’t have been meaningful,” said Professor Lee.

“Coldplay singing in Korean demonstrates exactly what foreign fans of K-pop want. They want something different from conventional pop, and the Korean language is what makes the difference. Korean lyrics are what made ‘My Universe’ special.”

On the other hand, Zicarlo van Aalderen, a long-time Dutch fan of Korean music, found English-lyric K-pop songs to be “still unmistakably Korean.”

“I don’t think English lyrics take away from the ‘K’ of ‘K-pop’ at all,” said van Aalderen. “We don’t view ABBA as any less Swedish just because they had English hits. It still had its distinct Europop sound. The English-lyric K-pop songs still come with high-budget music videos and stage performances, which is what I appreciate about K-pop. Regardless of the language of the lyrics, the K-pop style is absolutely still there. 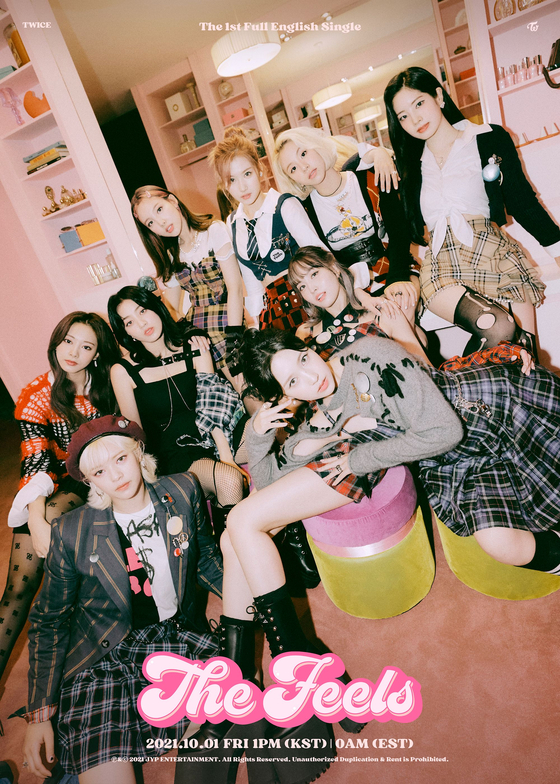 
“If done right, English-lyric K-pop songs will broaden audiences because people tend to like songs they can understand, remember and sing along to. K-pop will become more accessible and most importantly, it will be easier for local radio stations to pick up and air them.”

“Once international listeners are hooked by the English-lyric song, they are likely to look up other songs by that artist,” said critic Jeong. “When they’ve already developed an interest, they won’t completely rule out the artist’s other songs simply because they’re in Korean.

“Whether in English or Korean, the songs still have a K-pop vibe and aesthetic, so it’s not a loss of identity. English lyrics are just a way to make the song feel less foreign and lower the initial entry barrier to K-pop. I think it will be an effective global promotion strategy in the long run.” 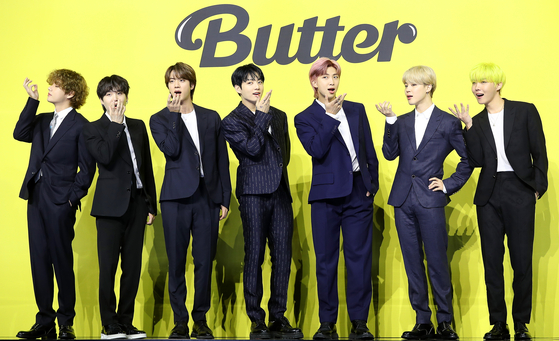 
With all things considered, van Aalderen and Professor Lee both say a balance between Korean elements and globalization is key.

“The industry shouldn’t dismiss domestic fans,” added Lee. “It’s meaningful that English lyrics can act as a gateway to K-pop, but signature elements of K-pop such as aesthetics and performance should still be there. Even BTS releases English and Korean songs in turn, like the Korean-lyric ‘Life Goes On’ (2020) after ‘Dynamite.’ That’s a healthy mix.”

“At the end of the day, the Korean stuff that performs best in the global market is essentially Korean,” said van Aalderen.

“Think about it; Ironically, the first real international K-pop hit was ‘Gangnam Style’ which did not have the foreign market in mind at all. The Korean elements were what made it novel to the international audience. Even as K-pop gains global traction, I hope it doesn’t lose its Korean identity while trying too hard to appeal to foreign fans."