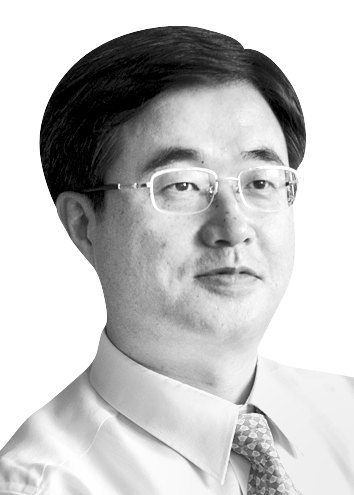 Kim Jung-kee
The author is an emeritus professor of  journalism and mass communication at Hanyang University.

My sister calls me every time she reads malicious and slanderous comments on my writings. I recently received a call from her after my opinion piece expressing concern about the ruling Democratic Party’s pursuit of a draconian Media Arbitration Act that could seriously undermine freedom of the press — a key to upholding and advancing democracy — drew baleful online responses. I am grateful for her concern, but nevertheless I advise her to be “selective” in reading and shunning online comments that can hurt one’s feelings.

There had been high expectations that online review postings could contribute to spurring public debate in support of democracy in the early internet period. People outside the journalistic profession could express their views and demand corrections of bias and distortion in the mainstream media through cyberspace.

But hopes were dashed upon witnessing the contamination in online commentary from the flood of slander, defamatory attacks, vulgar language and distortions. There is no room for faith in the internet’s supplementary role in the representative democracy system due to its illegal abuses at home and abroad and immoral amplification of bias in denial of truth.

It is not just the online commentators. Politicians have gone lose and lost their senses with the cheering or booing of the online audience. They have become immune to immorality after familiarizing themselves with reckless rhetoric. Online comments are made with anonymity. But the words coming from politicians are made publicly. They must be dignified. But they are as ruthless as mobsters. When political wrangling becomes violent, the injuries go to the people and the Korean community.

During a TV debate among opposition party candidates for a presidential primary last Tuesday, a contestant ripped a photo of a rival of the ruling party in a show as if to “unmask” his real face as the ringleader of real estate speculation. On Sept. 29, a front-running presidential candidate of the ruling party referred to the main opposition as a group of bandits and their chief a ringleader. He even vowed to send the opposition floor leader to the South Pole. The thought of exiling someone to an uninhabited extreme location just like during the Joseon Dynasty is outdated. One ruling party candidate referred to the scandal involving the Daejang-dong development project as a crime of a pork-barrel industry. He has defamed the people in the engineering and building industry by bundling them in a negative group.

The act of segregating and dividing people based on the background, appearance, faith, group, birthplace, profession, economic ability, gender and race only leaves irreparable scars on humanity. Korea has suffered enough from the ill practice.

Election season has come. Elections have become a constant event as one election is soon followed by another. The conversation brims with tempting words and sensational accusations. Ancient Greek scholars like Plato spoke of oralists who only speak for personal gains with negligence to the truth and public good of the community as “sophists.”

In her final public addresses before her retirement, German Chancellor Angela Merkel, who had led the country and the European Union for 16 years, emphasized on the preservation of democracy. “Democracy isn’t simply there … Rather, we must work for it together, again and again, every day.” Words denying the existential values of democracy are an act of violence. Those emitting them should be liable for unsettling and contaminating the election space and public.