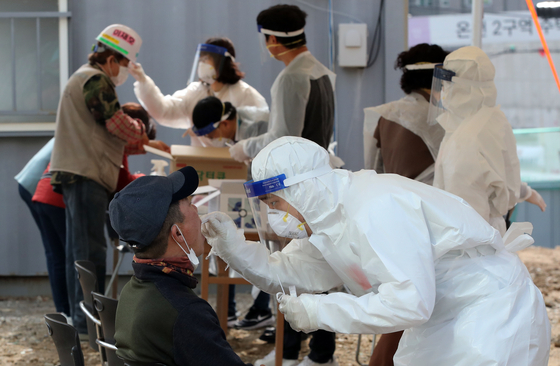 
Korean manufacturing is severely shorthanded due to a lack of foreign workers.

Some sixty-five percent of respondents said the government must increase the number of foreigners allowed to enter and work by at least 10,000. Around 40,000 foreign workers enter Korea every year under a program that allows for the hiring of manual laborers.

But only 3,496 foreign workers came to Korea on E-9 non-professional employment visas this year as of August, according to the report. That's down 91 percent from 2019, when the number was 40,208.

This is largely because of entry restrictions related to the Covid-19 pandemic. Many people left Korea after staying four years and 10 months under the E-9 visas, but too few workers have been allowed to enter Korea to fill the vacant spots due to the restrictions.

Before the pandemic, foreign workers from 16 countries came to Korea to work. But now Korea only accepts workers from six countries: Cambodia, China, East Timor, Laos, Thailand and Vietnam. Foreign workers who wish to come to Korea must take polymerase chain reaction (PCR) tests four times. They also have to isolate for 14 days.

In April, the government came up with a measure that allows foreign workers to stay for an extra year beyond the normal 4 years and 10 months. But many companies argue the measure was insufficient, and they were not able to run their businesses properly.

Around 95 percent of respondents said the government should "extend the period further."

"The Korean government should allow foreigners from all 16 countries rather than the current six countries," said Lee Tae-hee, head of the smart employment division at the Korea Federation of SMEs. "It is essential for the country to accept more foreigners regardless of the situations of the countries they come from as long as they meet Korea's requirements, including vaccinations, PCR testing and isolation."