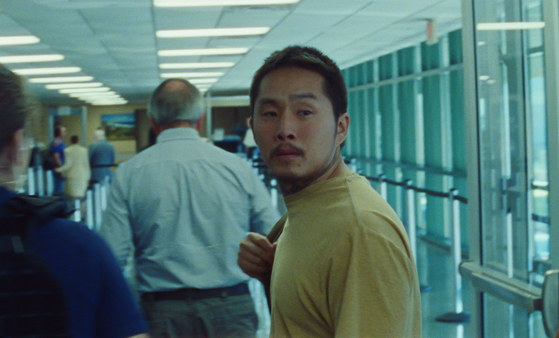 Justin Chon, an American director of Korean descent, wrote, directed, and starred as the protagonist in his film "Blue Bayou," about an adoptee who faces deportation and being separated from his loving family. [BIFF]


The film “Blue Bayou” starts off with the calm, soothing voice of a woman singing a lullaby in Korean that is both comforting, and extremely familiar for Korean audiences.

“Blue Bayou” is an American film made by an American director of Korean descent, Justin Chon that was invited to screen at the World Cinema section of the 26th Busan International Film Festival. The film premiered in local theaters Wednesday. Written and directed by Chon, he also takes on the lead role of Antonio LeBlanc, an adoptee facing deportation and being separated from his loving family, his pregnant wife Kathy and her daughter Jessie.

In the film, Antonio is not only in a loving, committed relationship with his wife but also forges, perhaps an even stronger bond, with his stepdaughter Jessie. 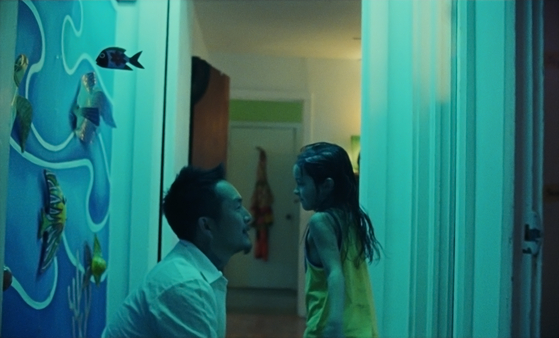 Antonio forges a strong father-daughter bond with his stepdaughter Jessie (played by actor Sydney Kowalske) in the film. [BIFF]

“Especially being born and raised in the U.S. I think about this quite a bit,” Chon said at an online press event for BIFF on Tuesday. “The people around me don’t look like me so I constantly think where’s my place, who are my people and ultimately who are the people I call my family. Of course, my mother and my father and my sister are my family and that’s through blood, but growing up in the U.S. what I found to be so powerful is the people I choose to call my family. It’s almost sometimes stronger because it’s a choice. There’s a lot of things you cannot choose when it comes to family and what I’m exploring here in ‘Blue Bayou’ is our main character Antonio, he’s adopted and even his adoptive parents didn’t choose him so he’s somebody that nobody chose.

“As an adult now, being a man, and now having the power to decide which way he wants to proceed with his life, I think it’s very important for him that he creates his own family and he doesn’t repeat the cycle of which he was the product of.” 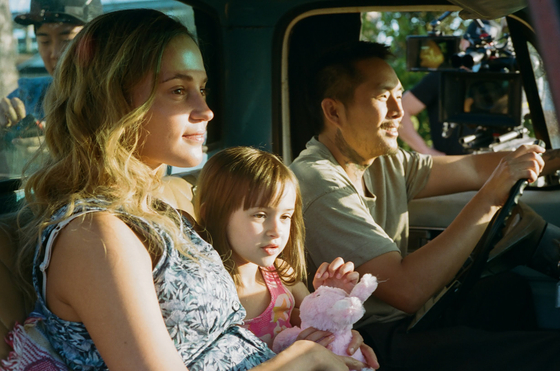 
Antonio faces deportation as his adoptive parents did not bother to naturalize him. The current American law, the Child Citizenship Act of 2000 means only adoptees who were 18 years or younger on Feb. 27, 2001 can acquire U.S. citizenship.

“I thought about what that must’ve feel like for an adoptee because you were given up by the country you came from, and the parents who gave birth to you and then you came to the U.S. and even your own country that you consider [to be] your own country at that point says you don’t belong either,” Chon said.

“The fact that the Child Citizenship Act of 2000 allows adoptees to be granted automatic citizenship if you’re adopted after the year 2000 but the fact that it’s not retroactive for anybody before 2001, that makes no sense. That’s just the arbitrary line that they [the lawmakers] have drawn in the sand. That’s why at the end of the film you see real people that have faced or are facing deportation or have been deported [...] What I want the effect of the film to be is for people to think about the actual people having to deal with this and going through this so that hopefully the right people who are experts in this can take a torch and maybe get it to the right people who are lawmakers or build some compassion for these people and empathy so that maybe the laws can change.”

The Adoptee Citizenship Act of 2021, introduced by Republican Roy Blunt in the Senate and Democrat Adam Smith in the House, will be able to fill in the loophole of the 2000 law, allowing transnational adoptees — both in the U.S. and those already deported — a chance at naturalization. However, the bill remains stalled in the committee. Chon hopes his film can raise public awareness about the current situation in his country.

“This deportation of adoptees didn’t just start a few years ago and it didn’t start during the Trump era or even Obama era,” Chon said. “It’s been happening since Clinton so this has been going on for a long, long time [...] One thing that’s important right now is that they’re labeling this as an immigration issue, but it’s not an immigration issue. It’s a family values issue, it’s a human rights issue. Because they were adopted by U.S. citizens they didn’t have a choice when they came. Also, they didn’t come to parents they chose.”

Chon also emphasized that his script was written through thorough consultation with five adoptees and nine deportees, as well as people facing deportation. His film, released in the U.S. last month, faced backlash after Adam Crasper, a Korean adoptee deported in 2016, claimed it appropriated his story without his consent.

“This story belongs to everybody and the amount of message, emails and Instagram messages that I’ve gotten, so many adoptees thanking me and saying that they really feel thankful for the aspects of the film, that a film was even made. I think this was very uplifting for me,” Chon said. “This is not made for me. This film is made for the adoptee community and the adoptee community as a whole and that includes Koreans, South Americans, Russians, Indians, Chinese and Central Americans because you saw at the end of the movie who this is affecting is not just Korean-Americans.” 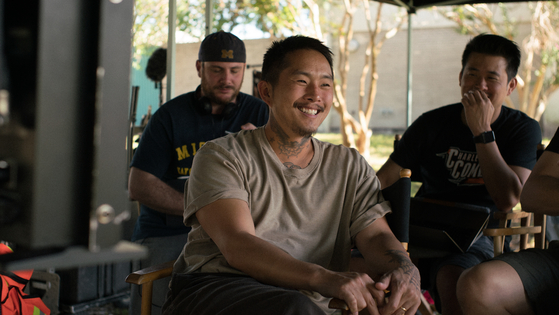 Chon on the set of his film "Blue Bayou." [BIFF]


Similar to his film which taps into the human emotions of familial love, Chon believes a global revelation about Korean content lies in telling stories that can be universally sympathized with.

“I think it’s very simple,” Chon said. “Korean people have han [a Korean sentiment which can be translated as sorrow, spite, rancor, resentment or grief] and jeong [a Korean notion of being kindhearted, sentimental and hoping to help those less fortunate] and they constantly contemplate the human condition [...] You don’t have to understand the dynamics of Korean politics or culture, all you have to understand is human emotions [...] Even K-pop, when you think about the groups that are popular, it’s not a single person, it’s a group and how they love each other and the image of them together and them creating something together and also the performance aspect of — it seems like it matters emotionally. For the people performing in America, it can be a show, [but] I think K-pop has something inside that I think people don’t quite pick up on. The way I see it is they’re also picking up on the emotionality of the music, the drama, the human emotion and I think that’s why Korean content is so beloved worldwide.”