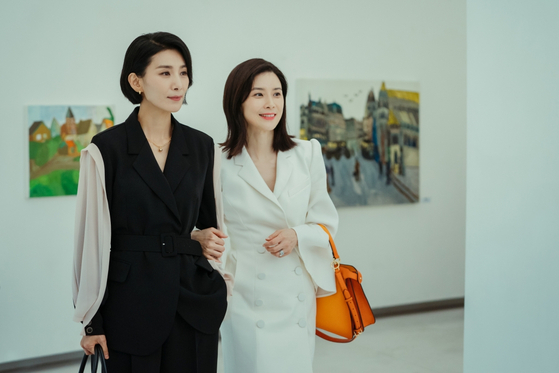 The tvN series "Mine" (2021) portrays two sisters-in-law who help each other in dire situations. [TVN]


“Take a good look. This is a fight for big girls,” shouted Honey J before a dance-off on Mnet’s hit dance audition program “Street Woman Fighter” last month. Other contestants on the show cheered in support for both participants of the battle. The scene went viral for being a “battle between real women.”

The Korean term ssenunni refers to a woman who has a strong personality, especially accompanied by bold, unconventional fashion choices such as heavy eye makeup, flamboyant outfits and a sharp tongue. But now, viewers have opened their eyes to what a “real” ssenunni is: A talented woman who is passionate about her field of work and plays fair to win, rather than badmouthing competitors or causing drama with an attitude.

Professional volleyball player Kim Yeon-koung who led the Korean national women’s volleyball team during the 2020 Tokyo Olympics is a prime example of the updated ssenunni; she demonstrated her strong spirit and dedication to the sport, becoming a role model for young women.

What popular entertainment shows today have in common is that they show female solidarity. 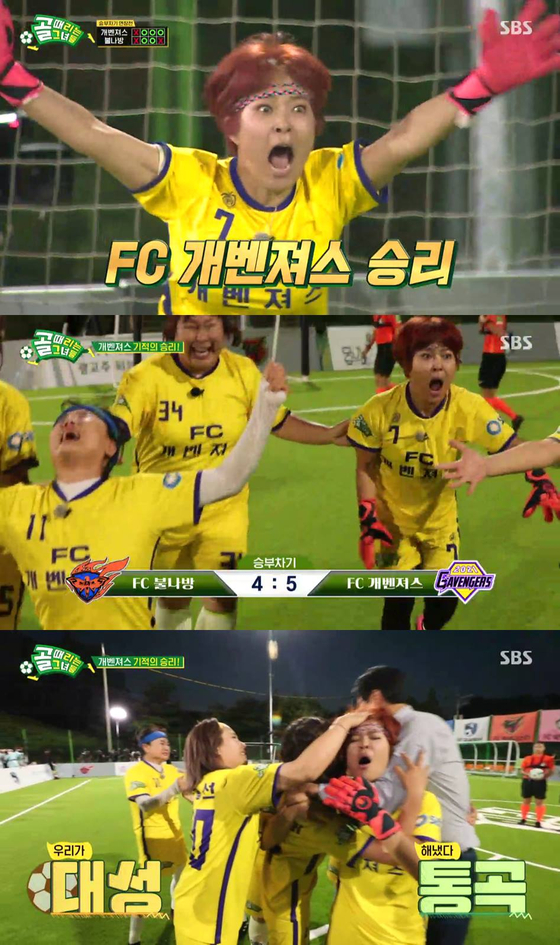 The SBS program “The Girls Who Hit Goal” features the most regular female cast members in the history of Korean entertainment shows. On the show, female celebrities participate in soccer matches and show teamwork. [SBS]


The SBS program “The Girls Who Hit Goal” features the most regular female cast members in the history of Korean entertainment shows. On the show, female celebrities participate in soccer matches and show teamwork, not afraid of any injuries. Their passion for victory is the factor behind the program’s high ratings and positive reception as “dramatic yet authentic.”

Thanks to the popularity that exceeded expectations, SBS President Park Jeong-hoon announced the second season of “The Girls Who Hit Goal” last month.

“I didn’t expect you ladies to be this dedicated to the show,” Park said during his announcement.

Women in Korean pop culture have typically been portrayed as jealous, two-faced, plotting and stirring up conflict within a family or any group — in short, innately unable to form genuine bonds or truly help one another. “A woman’s nemesis is a woman” is still a commonly used phrase in both Korean pop culture and real life.

But that outdated notion is rapidly changing, at least on the small screen. More TV shows that portray relationships among women are breaking the prejudice that true friendship and teamwork are virtues exclusive to men. 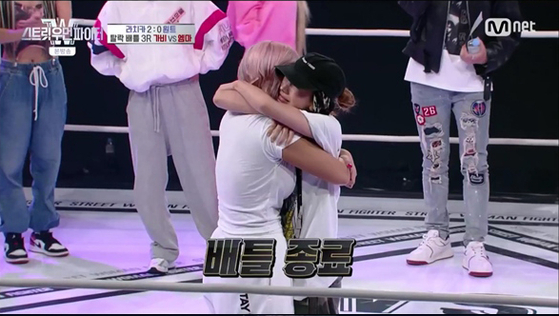 
“Street Woman Fighter” is an example that has become a sensation among young viewers, especially women and girls. While Mnet’s previous competition programs that featured female contestants focused on their emotional conflict and drama, “Street Woman Fighter” emphasizes the sense of camaraderie between even the competing teams. For instance, when dance crew WAYB became the first team to be eliminated, all the participants rushed to comfort them and shed tears. Even amid intense competition, the crews on “Street Woman Fighter” are rooting for each other to perform their best and show respect for each other’s outstanding performances.

MBC’s entertainment show “Radio Star” featured Team Korea’s women’s volleyball team from Tokyo 2020 last month. The episode saw higher ratings than usual, and many viewers commented that they felt moved as players reminisced about how they looked after each other during the Olympics and expressed gratitude toward one another.

“Until recently, I felt a bit of an aversion to the typical ssenunni I saw on TV,” said 35-year-old Lee Seung-hyun. “Their heavy makeup and acerbic way of speaking felt too aggressive for me.

“But watching entertainment shows this year, I became very touched by the strong teamwork among women. It made me feel like society’s views [on female solidarity] are really going through a significant change.” 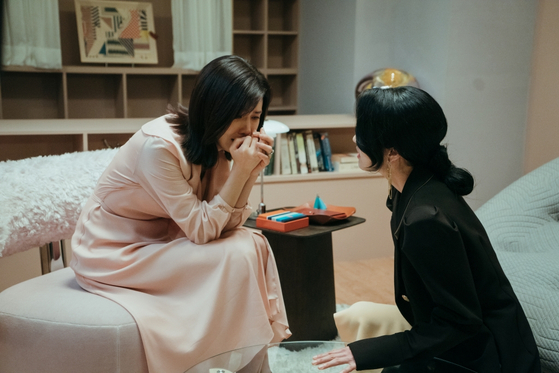 
This shift is not limited to entertainment shows. In the tvN series “Mine” which aired its final episode in June, lead characters played by actors Kim Seo-hyung and Lee Bo-young who are sisters-in-law on the show appear as women who help each other in dire situations.

Typically, in Korean series about family dynamics, especially in wealthy households, women are portrayed as vigilant and plotting for more money and influence. Female characters battling in a covert power struggle within the family is one of the most clichéd TV tropes, explaining why two women who are not blood-related assisting each other in “Mine” came across as refreshing to viewers.

Screenwriter Baek Mi-kyung of “Mine” added that the show is “not about a conglomerate family, but about female solidarity fighting to stand up against social prejudices.” 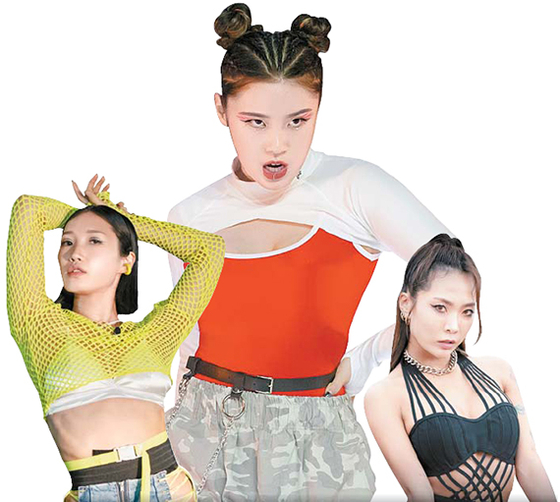 
According to pop culture critic Ha Jae-keun, the media’s changed portrayal of women reflects the shifted trend in which more women are taking on more protagonist roles in entertainment shows and series.

“In the past, women were secondary elements in the programs’ fun factor and were mainly portrayed as sexual objects,” Ha said.

“But today, women are protagonists of television programs too. Viewers are also demanding to see female casts who show qualities that were traditionally considered as exclusive to men. The MZ generation [millennials and Gen Z] is more sensitive when it comes to gender issues, and television shows are reflecting this change in mentality among its main viewership.”