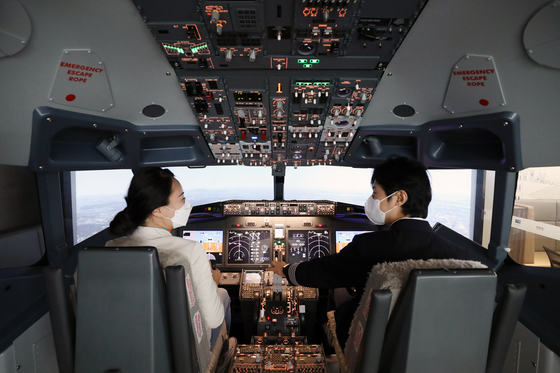 
Budget carriers desperate to generate revenue are coming up with a range of ideas, from the interesting to the improbable.

It is offering its five most popular in-flight meals, which arrive via dawn delivery.

Rice topped with japchae (stir-fried noodles) and bulgogi (marinated beef ribs), bacon tomato spaghetti, rice served with galbijjim (braised short beef ribs) and hamburger steak are some of the options that are available.

They come in the form of a home meal replacement and have to be microwaved.

A spokesperson for T’way Air said that the HMRs are “designed to remind customers of the happy times and emotions they felt on a plane.”

Before T’way Air, Jeju Air and Jin Air are among the several other budget carriers that made their in-flight meals available in the market.

The tickets can be used Monday through Thursday, and they need to be used by Jan. 20.

Perks of the promotion include choosing a more expensive seat on a flight and shipping a golf bag for free. It usually costs 2,000 won per kilogram to send the bag.

Jeju Air installed a flight simulator at the Holiday Inn Express hotel in Hongdae, western Seoul, in September to offer visitors the experience of flying a Boeing 737MAX.

The simulator was originally designed to train pilots.

During the 40-minute experience, visitors can control the weather and choose an airport for landing and takeoff.

“The service is particularly popular with couples and families with children,” said Park Seung-sin, a spokesperson for Jeju Air. “Of the total of 64 rides offered in September, 62 teams came to experience the simulator. The remaining two teams canceled due to Covid-19.”

The number of international travelers in Korea was 292,000 in September, up 47 percent on year, while domestic traveler numbers jumped 37 percent during the same period.

“Travel demand is starting to recover centered on routes for America and Europe, where flight supply is increasing,” said Jung Yeon-seung, an analyst at NH Investment & Securities.