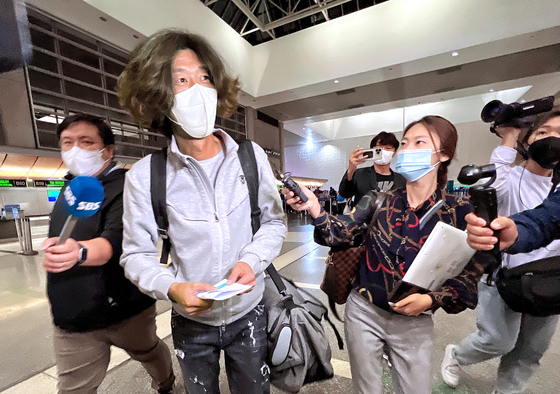 He is expected to arrive at Incheon International Airport at 5 a.m. Monday.

Nam reportedly made 100.7 billion won ($84.14 million) through his company with a relatively small investment of 87.21 million won in the Daejang-dong land development in Seongnam, Gyeonggi, just south of Seoul.

Nam was reserved as he made his way through Los Angeles International Airport, only responding to the reporters gathered around him with the repeated promise that he would “say everything during the prosecutors’ investigation.”

Nam has emerged as a central figure in the Daejang-dong land development scandal since he told JTBC in an interview last week that Kim Man-bae, the owner of small asset management company Hwacheon Daeyu, promised 5 billion won to seven people who helped design the shareholder composition and profit distribution scheme of the Daejang-dong development consortium in a way favorable to his company.

In the interview, Nam denied that he was responsible for the profit set-up, saying that Kim and Yoo Dong-gyu, the former acting president of the Seongnam Development Corporation, planned the profit distribution scheme together.

The state prosecution service plans to summon him, possibly as soon as he lands in Korea, as a suspect for questioning over whether he and colleagues were involved in illegal lobbying.

Kim Man-bae, a former journalist, and his company first attracted attention by reaping a profit of 57.7 billion won ($48.3 million) on an investment of 49.95 million won, which was a 1 percent stake in the project.

The fact that Kim had interviewed the ruling Democratic Party (DP) presidential candidate and Gyeonggi Governor Lee Jae-myung in 2014, when he was mayor of Seongnam, aroused suspicion that his company had benefited from political favors in the city’s project.

Kim is suspected of enlisting the help of Yoo to wrangle a profit distribution scheme favorable to Hwacheon Daeyu. Yoo was then the acting president of the Seongnam Development Corporation, which held a 50 percent stake in the mixed private-public development consortium. 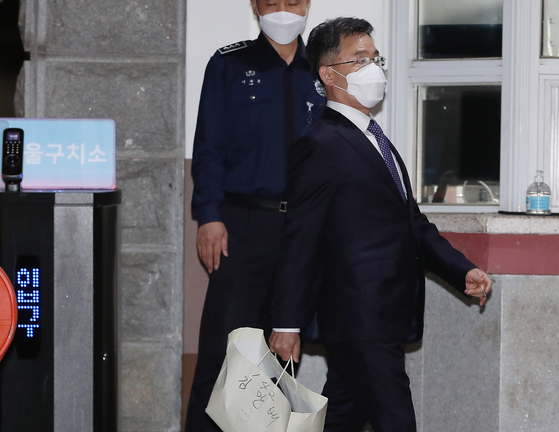 Although the Seoul Central District Court granted prosecutors’ request for an arrest warrant for Yoo on Oct. 3 on charges of committing breach of trust and bribery, the court denied their request for another warrant for Kim, saying they had failed to show the need to detain him.

The fact that both Kim and Yoo are acquaintainces of Lee have led to calls from the main opposition People Power Party (PPP) for the Gyeonggi governor to abandon his presidential run.

The PPP has also called for an independent counsel investigation into the scandal, arguing that Lee bears responsibility as he was mayor of Seongnam at the time the Daejang-dong project was launched.