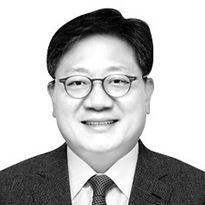 Kang Dae-hee
The author is a professor of preventive medicine at Seoul National University College of Medicine.


The 2021 Nobel Prize in Physiology or Medicine went to two American biologists David Julius and Ardem Patapoutian for their discoveries on how the nervous system transmits temperature and touch. A Korean name did not make the Noble laureate this year, too. But Lee Ho-wang, Korea University professor of emeritus, was mentioned as a finalist. He was the first in the world to identify the pathogen of epidemic hemorrhagic fever in the lung tissues of rats living in Hantan River in 1976, naming the pathogen virus “Hantavirus.” Hantavax — a vaccine to prevent a pandemic hemorrhagic fever — was developed as a result. Lee, 93, had graduated from a medical school in 1953, the year the Korean War ended, and devoted his life to virus research.

Aaron Ciechanover, a professor at Technion, the Israel Institute of Technology, won the Nobel Prize in Chemistry in 2004 for the discovery of ubiquitin-mediated protein degradation. Although he excelled as a surgical physician, he chose to pursue biological science and explored discoveries in ubiquitination. Every time he visited Korea, he stopped at high schools to share his experience to encourage students to pursue studies of their passion.

A Nobel prize in physiology or medicine goes to someone who devotes their life to exploring biology and advancing the medical field. In order for Korea to produce a laureate, research professors must be encouraged to engage themselves in long-term works instead of keeping up with a performance review based on the number of publications.

College entrance season has returned. Students and their parents will be agonizing over which major and school to choose. Competition at medical, dentistry and medicine schools will be fierce this year too. What kind of talents are needed for the future? Can the majors popular today still be popular in the future where barriers in studies are coming down and interface is deepening between humans and machines?

AI has become common in the medical field and will be employed further in various fields. Sun Microsystems co-founder Vinod Khosla projected that machines will replace 80 percent of doctors in the future that will be driven by entrepreneurs rather than medical professionals. Will doctors become obsolete? Although doctors will continue to be needed, their role will become different. Therefore, the selection of medical students and medical education also must change.

Seoul National University College of Medicine has been assessing personality qualities in recruiting new students and overhauled medical courses. Although disposition cannot be fully assessed through an interview, the school finds it is important for a physician-aspirant to have the minimum empathetic capability to deal with diverse patients during their career.

A new course introduced in 2016 was dubbed the “JW Lee Center for Global Medicine” in memory of the late Dr. Lee Jong-wook, who had died while faithfully heading the director general of the World Health Organization. The program aims to groom physicians to meet the needs of the society. In the future with proliferation of machines and new technologies, we need more doctors with warm hearts to sympathize with patients and connect with the society.

A medical research course also has been added so that more students can contribute to advancing the medical industry through studies in basic medical science. Students are invited to participate in research programs, and in senior years can initiate their own research. Medical schools must groom researching physicians by converging various studies.