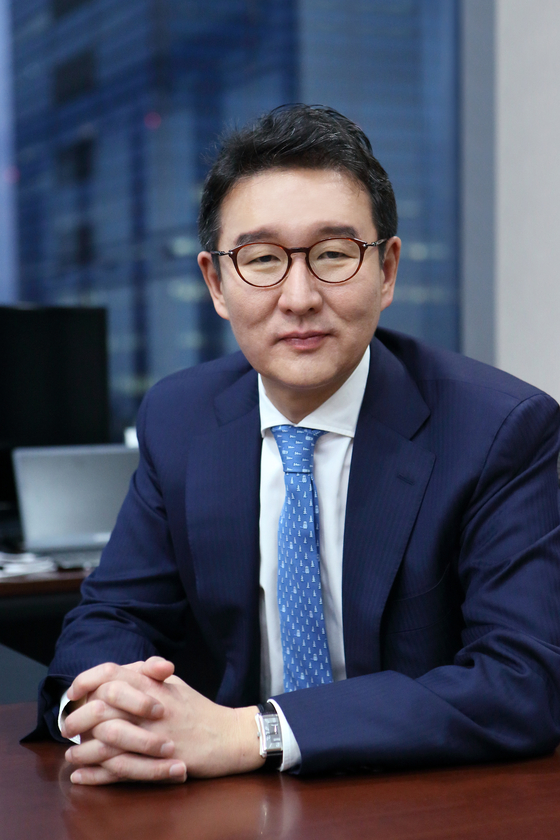 
GS Energy plans to import "blue" ammonia from Abu Dhabi to Korea to test its potential as an alternative to fossil fuels.

Blue ammonia is a term for ammonia produced in a more eco-friendly way: carbon dioxide emitted during its manufacturing process is captured and stored.

GS Energy said Monday it formed a partnership with state-run Abu Dhabi National Oil Company (Adnoc), the biggest energy company in the United Arab Emirates, to import blue ammonia to test its potential as a source of clean energy.

"GS Energy will import blue ammonia from Abu Dhabi from now on and will use the chemical internally and also for various R&D projects such as power generation and ammonia cracking," the energy company said in a release Monday.

"After running test projects, we will consider making investments."

While ammonia itself can be a carbon-free fuel, it also can act as a so-called carrier of clean energy.

Through a "cracking" process, ammonia, which is comprised of nitrogen and hydrogen, can generate hydrogen, which is being hailed as the ultimate carbon-free fuel.

Utilizing ammonia as a source of hydrogen is a rising idea for the so-called hydrogen economy because transporting ammonia requires less energy and cost compared to transporting hydrogen either in gaseous or liquefied form.

The partnership, according to GS Energy, is one of the first steps to carry out the company's ESG [environment, social and governance] goals.

"Importing blue ammonia for the first time in Korea is part of our ESG management and our ambition to play a leading role in establishing an infrastructure for the hydrogen economy in the country," GS Energy CEO Huh Yong-soo said.

"The company will have a portfolio of green, smart and sustainable energy."

GS Energy is currently building a 200-megawatt solar power plant in Dangjin, South Chungcheong with a start date of December 2023.

Utilizing GS Caltex's gas stations infrastructure, GS Energy also wants to take a lead in the electric vehicle (EV) charging market.
By launching a joint venture with GNTEL which runs 8,000 EV chargers across the country, GS Energy said it wants to claim the No. 1 spot in Korea's EV charging market.

It formed a joint venture with Posco in September to find a way to recycle used EV batteries. The joint venture plans to extract valuable elements such as lithium, nickel, cobalt and manganese from used batteries and reuse them to make new batteries.