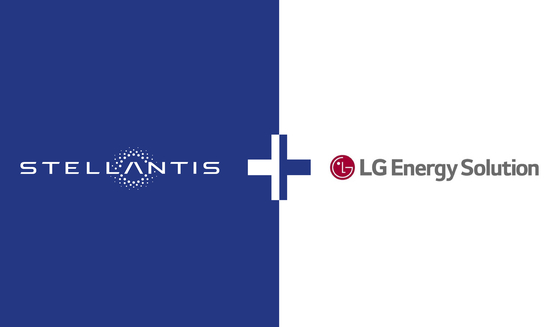 Stellantis was formed earlier this year in a merger between Fiat Chrysler Automobiles and PSA Group, and makes Chrysler, Jeep, Peugeot and Citroen vehicles.

The two companies said Monday they signed a memorandum of understanding on a joint venture that will build a battery cell and module factory in North America with a capacity of 40-gigawatt-hours (GWh).

The size of the investment and the location of the factory weren't disclosed.

The factory is scheduled to start construction by the second quarter of next year and start mass production by the first quarter of 2024, according to the companies on Monday.

Batteries from factory will be supplied to Stellantis’ factories in the United States, Canada and Mexico for plug-in hybrid and pure electric vehicles (EVs).

“Today’s announcement is further proof that we are deploying our aggressive electrification road map and are following through on the commitments we made during our EV Day event in July,” Carlos Tavares, CEO of Stellantis said.

“Establishing a joint venture with Stellantis will be a monumental milestone in our long-standing partnership,” said Kim Jong-hyun, CEO of LG Energy Solution.

“LG Energy Solution will position itself as a provider of battery solutions to our prospective customers in the region by utilizing our collective, unique technical skills and mass-producing capabilities.”

LG Energy Solution, a wholly owned subsidiary of LG Chem, is expected to have manufacturing capacity of 150 GWh of battery in the U.S.

It is building facilities with 35 GWh capacities in Ohio and Tennessee in a joint venture with General Motors.

With the Joe Biden administration’s promotion of eco-friendly cars, Korean battery makers are rushing to build facilities in the U.S.

SK Innovation has 150 GWh manufacturing capacities in the U.S. through joint venture with American carmaker Ford and facilities of its own.

With Ford, it plans to produce 129 GWh worth of batteries in Tennessee and Kentucky.

It is building a battery factory with a capacity of 21.5 GWh in Georgia as well.

Samsung SDI, another major battery maker, was once rumored to be forming a joint venture with Stellantis. But after confirming it would build battery factories in the U.S. early this year, it hasn't made any further progress.

LG Energy Solution is currently the No. 2 EV battery maker globally with a 26.6 percent market share as of August, according to market tracker SNE Research. China’s CATL is No. 1.

SK Innovation came in fifth with a 5.2 percent market share followed by Samsung SDI's in the sixth spot.