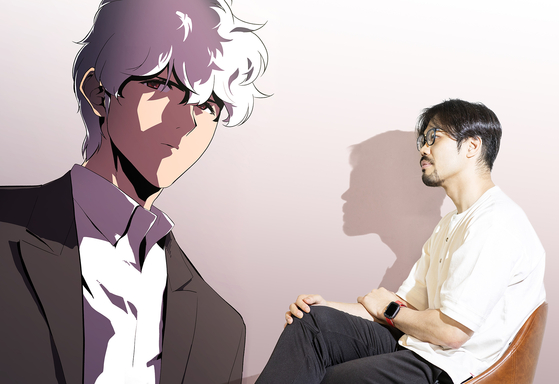 Lee Jong-beom is the creator of webtoon ″Dr. Frost,″ which ran for ten years. [DIGITALLY YOURS]


NFTs, or nonfungible tokens, are not only popular in the art world nowadays, but are also being sought after in the Korean webtoon industry as well.

On Oct. 1, to celebrate the end of his psychological drama webtoon series, the creator of “Dr. Frost” (2011-21), webtoon artist Lee Jong-beom released NFT versions of some memorable scenes and the main characters of the series. This marks the first time for webtoon NFTs to be sold in Korea.

NFTs are unique, irreplaceable digital objects that represent the digital ownership of real-world assets such as artwork, music and video games, and even virtual, in-game items that are offered in limited quantities. Blockchain technology for NFTs is used to give buyers proof of ownership and verify authenticity. The NFTs may be resold after initial purchase. 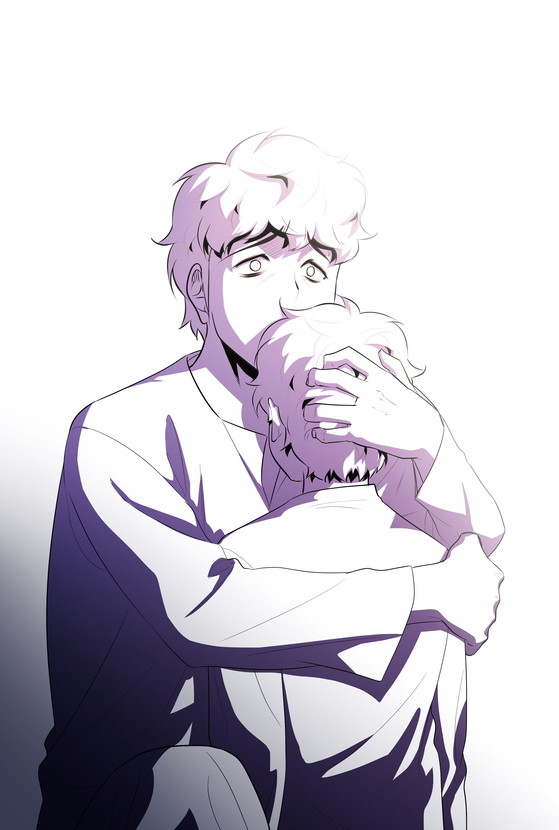 Three memorable scenes from the webtoon’s 10-year run were chosen to become NFTs and were given to a few selected fans for free. [DIGITALLY YOURS]

Lee made three types of NFTs — some were given to fans for free, one was auctioned online and the third type was sold at a set price.


Lee hosted an audio chat room with fans on Oct. 2 via the social audio app Clubhouse, where three memorable scenes among the webtoon’s 10-year history were chosen to become NFTs. A total of 33 people, 11 for each scene, were chosen in a raffle and Lee gifted them complimentary NFTs.

The limited edition NFT, showing all five main characters that appear in season four, was auctioned off on OpenSea, the largest NFT auction site, for 1.5 million won ($1,300) on Oct. 13.

One-hundred NFTs of individual characters went on sale for 0.02 Ether ($77) each. Ethereum is a type of blockchain platform on which Ether is one of the most popular digital tokens.

While it’s the first NFT of a local webtoon, NFTs are already booming in mainstream culture overseas. To art lovers, the method of trading and collecting art remains the same — except the platform has expanded into the digital world.

In March, American digital artist Mike Winkelmann, better known as Beeple, sold an NFT version of his artwork for $69 million. The sale placed him “among the top three most valuable living artists,” according to auction house Christie’s, which sold Beeple’s NFT.

Cute, chubby penguins are being auctioned online for thousands of dollars each. The owners of the penguin NFTs, called “Pudgy Penguins,” have formed a community known as “The Huddle.” [SCREEN CAPTURE] 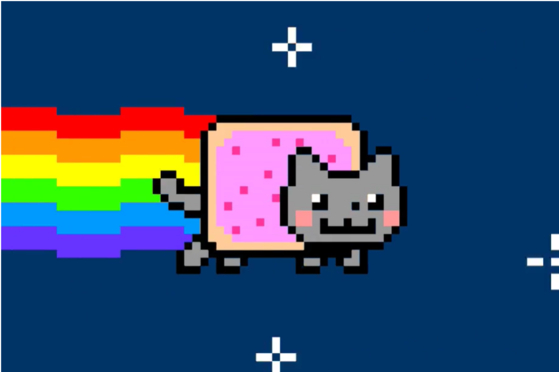 An animated GIF of a flying cat with a Pop-Tart body leaving a rainbow trail called “Nyan Cat,” was sold for a whopping $560,000 in February. [SCREEN CAPTURE]


But NFTs don't have to be upmarket art pieces, they can be as simple as cartoon drawings of cute, chubby penguins, which are being auctioned online for thousands of dollars each. The penguin NFTs, called “Pudgy Penguins,” have formed a community of owners known as “The Huddle.” An animated GIF of a flying cat with a Pop-Tart body leaving a rainbow trail, “Nyan Cat,” was sold for a whopping $560,000 in February making collecting NFTs an absurdly pricey hobby.

In Korea, K-pop acts like SE7EN, Leenalchi and comedians-turned-boy band Mad Monster have released NFT versions of their songs, while Ateez released NFT merchandise. NFTs of “Hunminjeongeum,” a book of the Korean alphabet hangul created by King Sejong (1397-1450) in the Joseon Dynasty (1392-1910), was sold to 100 buyers, each priced at 100 million won. 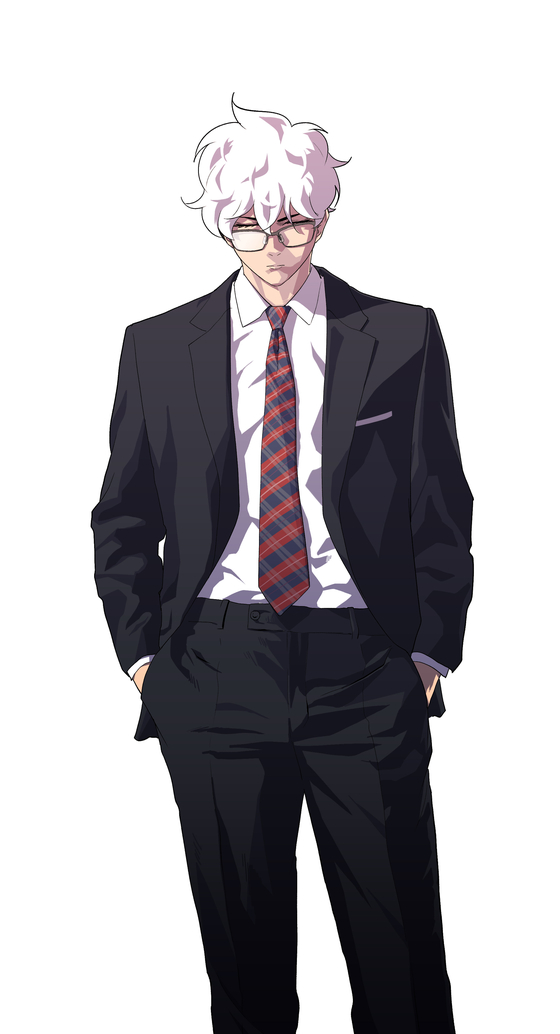 One hundred copies of the individual characters went on sale for 0.02 ether (ETH) ($77) each. This is a Dr. Frost NFT. [DIGITALLY YOURS]


Artist Lee told the Korea JoongAng Daily that he got the idea to make “Dr. Frost” NFTs because he wanted to present fans with a new way to own his work in the digital era.

“I grew up reading paperback comics,” Lee said. “But for the past 10 years as a webtoon artist, I drew comics that don’t leave physical manuscripts or paintings [as they are uploaded online], and I’ve frequently wondered how readers can own my work. NFTs may be a type of digital asset but the world is being presented with a new definition of ‘ownership’ [so I thought NFTs would be appropriate].”

However, even Lee found it difficult to understand the concept of NFTs at first, despite his interest in them. He partnered with Digitally Yours, an NFT startup, which created the “Dr. Frost” NFTs. As the NFTs were reasonably priced, Lee admitted that he does not expect the owners of the “Dr. Frost” NFTs to use them as “great investments.”

When asked how he would like his fans to keep or use his NFTs, Lee replied, “They can keep them as a special souvenir, for being with ‘Dr. Frost’ for ten years, or they can resell them later, whatever they would like.”

He added that he would like to release more NFT artwork in the future, after getting a better understanding of the concept, saying that he is “looking forward to it and worried about it [at the same time].”

With NFTs popping up in more realms of pop culture, what lies ahead in their near future?

“In the fine arts world, it’s usually the older generation or the upper class that spend large sums on artwork,” said culture critic Kim Heon-sik. “But it’s mainly the younger generation who read webtoons, and they’re not as flexible to spend that sort of money. NFTs are relatively new, and since it’s particularly younger people who are interested in them, there’s going to be some time needed for them to settle in. 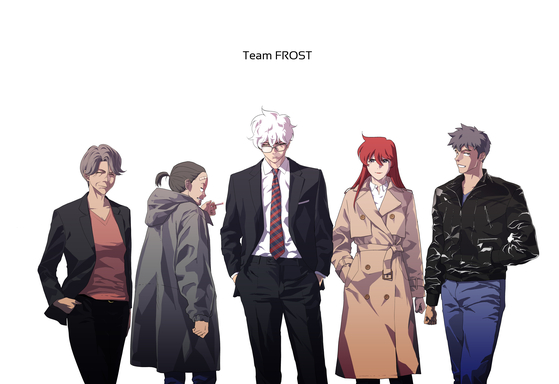 This limited edition NFT, showing all five main characters that appear in season 4 of ″Dr. Frost,″ was auctioned off on OpenSea for 1.5 million won ($1,300). [DIGITALLY YOURS]


"Two conditions must be met for NFTs to become part of mass culture: a strong fan base and catering to the public’s taste. But even if these needs are fulfilled, NFTs still have a tendency to become a speculative asset. It’s overheated right now. People need to be careful and cool down until NFTs actually find their permanent spot in the economy,” Kim added.

“Dr. Frost” tells the story of a psychologist named Dr. Frost who explores the human mind though the treatment of his patients. It has received steady ratings in the nine-point range with thousands of likes for each episode. The English version of the series is currently being updated every Saturday on www.webtoons.com/en/.