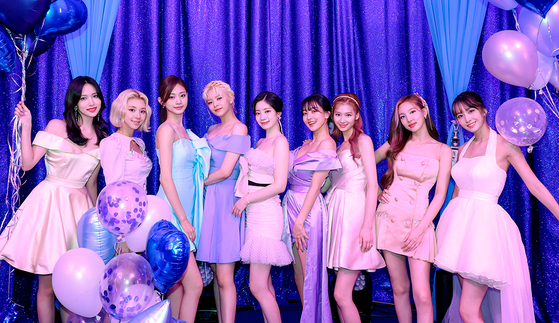 Twice revealed some behind-the-scenes photos of its shoot for “The Feels,” the girl group’s first English-lyric single. After its release on Oct. 1, the song landed at No. 83 on the Billboard Hot 100 chart, while its music video surpassed 10 million views on YouTube within 12 hours of being uploaded. The members are shown on a prom-like set, wearing prom dresses with party balloons. [JYP ENTERTAINMENT]