Meet the actor behind the villain earning fame around the globe

Meet the actor behind the villain earning fame around the globe 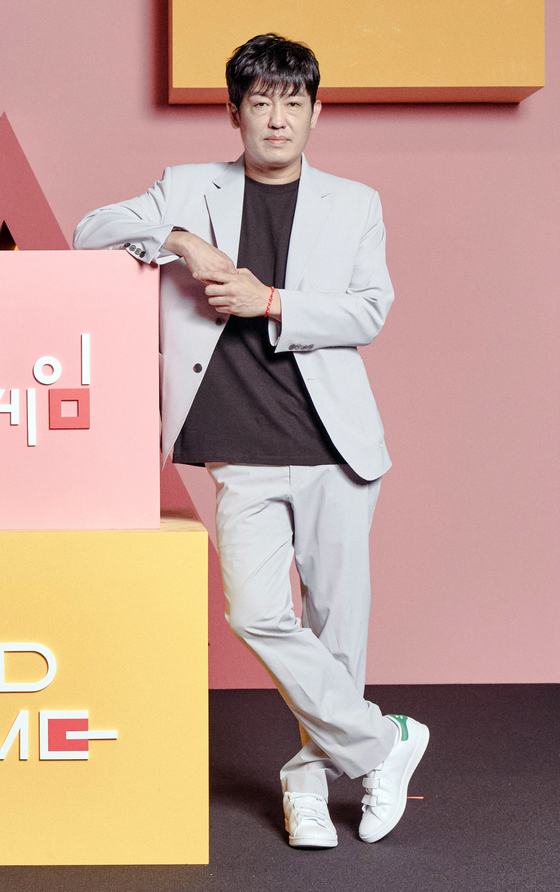 
Actor Heo Sung-tae is at the receiving end of both love and hate from global audiences for his role in the Netflix Korea megahit series “Squid Game.”

Heo portrayed the vulgar mobster Jang Deok-soo who was detested even more so than the creator behind the games in which 456 contestants bet their lives to win prize money of 45.6 billion won ($38 million). Deok-soo, the villain of the series, doesn’t seem to have an ounce of humanity left, going to any length to survive.

“In just the course of 15 days since the release of ‘Squid Game,’ the number of my Instagram followers increased to some 1.3 million,” Heo said during a recent online interview with the Ilgan Sports, an affiliate of the Korea JoongAng Daily. Over the weekend, Heo’s Instagram followers surpassed 2 million.

“He [Deok-soo] may be diabolical, but he also turns out to be a coward, afraid of death. I was attracted to this character because he wasn’t infinitely strong, and I tried to bring out a variety of emotions related to the most basic of human desires.”

Actor Heo Sung-tae portrayed the villainous mobster Deok-soo in the Netflix Korea series "Squid Game," who is willing to commit any crime to survive. [NETFLIX]


Although despised by the majority, the actor seemed to dote on his character.

“Deok-soo was the best villain that I could have played,” he said with a hearty laugh. “I don’t know if I will ever get the chance to play such a ‘global’ villain again, but he is very precious to me.”

Heo credited his exceptional performance to director Hwang Dong-hyuk, the creator of “Squid Game.” It’s the actor’s second time to work with the director after his prior film “The Fortress” (2017).

“Hwang guided me through every take that I did as Deok-soo, and I felt reassured [about my acting],” Heo said. 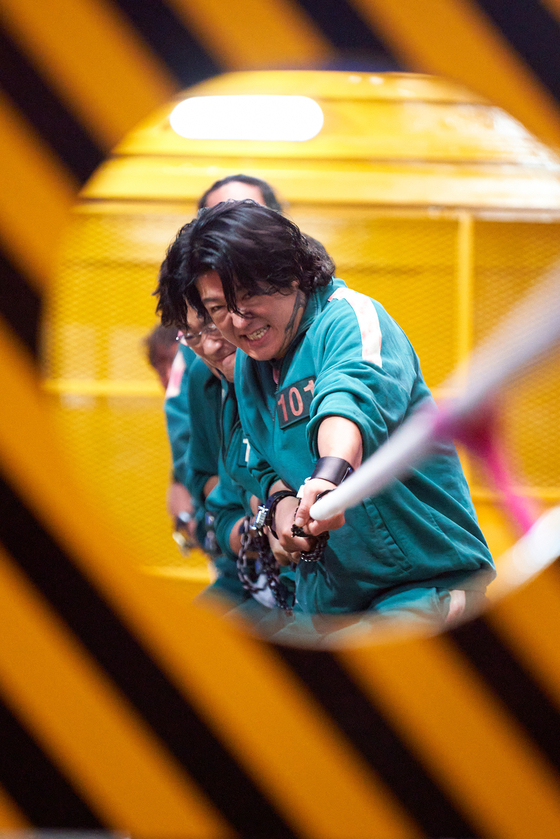 A scene from "Squid Game" in which Deok-soo is playing tug-of-war with his teammates to get to the next stage of the survival game. [NETFLIX]


The actor has portrayed a number of characters with a strong presence similar to Deok-soo — an organ trafficker, the leader of a crime ring and a dealer on the black market. His experience in depicting an array of shady characters definitely had an influence on his perfect portrayal of Deok-soo.

Contrary to Deok-soo, who lives like there’s no tomorrow, Heo was living a relatively mundane life which took an unexpected turn when he debuted as an actor through SBS acting audition show “Miraculous Audition” in 2011. Before he turned to acting, Heo was on the verge of being promoted to a chief manager of commerce in his company Daewoo Shipbuilding & Marine Engineering. At the age of 35, Heo turned to acting, appearing as an extra or taking on small roles in some 60 films before he became more widely recognized through his role in the film “The Age of Shadows” (2016).

“I cannot express in words the shock I felt when the monthly salary that I had been receiving was one day gone,” Heo said. “It was the most difficult phase of my life. The only drive I had to overcome my hardships was my family. I was able to pull through so that I could show my mother more variety in my acting in a short time. Nowadays, my mother spends her time being showered with praise that her son is doing so well.”

His love for his family meant Heo relates most with the character of the immigrant worker Ali Abdul (portrayed by actor Anupam Tripathi).

“I don’t think I would participate in a game betting my life though, but would rather spend the rest of my life paying my debts,” Heo said. “If I were to participate [in ‘Squid Game,’] I would resemble Ali the most. I was able to sympathize with him the most because of his love for his family. I think I could muster up my courage like him if it was for my family.”

The actor said he’s enjoying the sudden influx of global fans across the world through Instagram. Even though Deok-soo was villainous, his fans show strong affection toward the actor behind the role.

“I don’t understand why they [the fans] refer to me as cute,” Heo said. “Some of my foreign followers call me 'daddy' and ask me to marry them.”

It’s been nearly a decade since he began acting and Heo hopes that he can continue to act for as long as possible, just like Oh Young-soo who portrayed contestant No. 1 in “Squid Game, ” who has been in the business for almost 60 years.

“The moment when I felt like I was really an actor over the past 10 years was when I heard ‘thank you for becoming an actor,’” Heo said. “I felt responsible to try my best, to not ever forget my initial approach to acting and to act every moment and every scene with sincerity.”