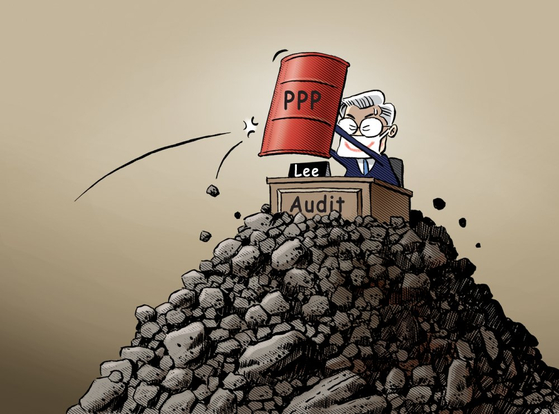 Appearing at a National Assembly audit Monday of the Gyeonggi provincial government, Gov. Lee Jae-myung, the presidential candidate for the ruling party, denied allegations against him over his role in a controversial land development project and blamed the scandal on the opposition People Power Party (PPP). [PARK YONG-SEOK]