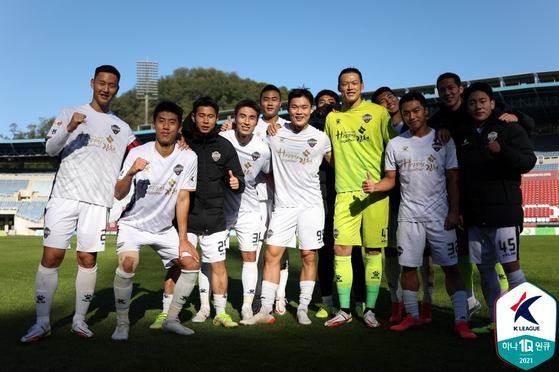 Gimcheon Sangmu FC players pose for a picture after winning 1-0 against Bucheon FC on Sunday at Bucheon Stadium in Bucheon, Gyeonggi, to earn a promotion to the first division. [KLEAGUE]


Gimcheon Sangmu FC of K League 2 has locked in a promotion with a win over Bucheon FC 1995 on Sunday, securing a move up to the first division next season regardless of the results of their remaining two matches.

Cho Gue-sung scored the winning goal for Gimcheon on Sunday, securing their promotion. With two K League 2 matches left to play, Gimcheon tops the standings with 67 points, a safe eight points ahead of runner-up FC Anyang. 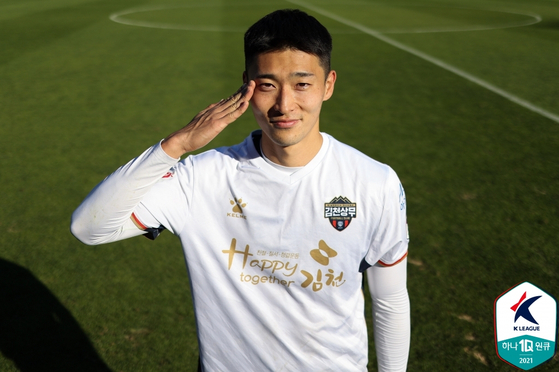 Gimcheon Sangmu's promotion does not come as a huge surprise. The club, part of the Korean armed forces, was relegated to the K League 2 on a technicality last year after finishing fourth in the K League 1.

Under league rules, if a club moves cities, it has to drop out of the top tier. Sangmu moved from Sangju, North Gyeongsang to Gimcheon, North Gyeongsang, triggering an automatic relegation.

Sangmu will face the Jeonnam Dragons on Saturday and will play their last match of the season against Busan IPark on Oct. 31.