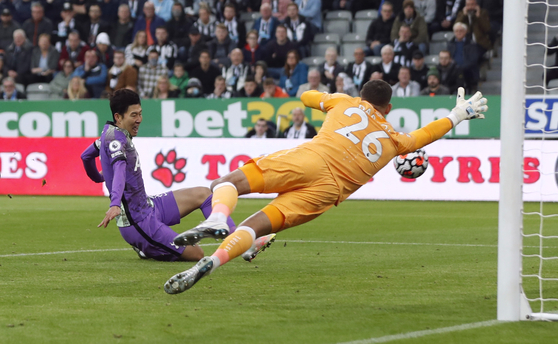 
Tottenham Hotspur forward Son Heung-min scored the winning goal in a 3-2 game against Newcastle United that was delayed after a fan in the stands required urgent medical attention.

Son's appearance in the Sunday game came after days of speculation that he may be one of two Spurs players reported to have contracted Covid-19 during the international break. That he was fit to play against Newcastle proves that wasn't the case.

Son's goal came in injury time at the end of the first half, following a 20-minute delay when a fan in the stands had to receive CPR. The game was stopped after players on the pitch alerted the referee and called for medical officials. According to Newcastle United, the fan is in a stable condition.

Tottenham were 2-1 up going into that impromptu break, with Son's goal putting them up 3-1. Newcastle got another with an own goal from Eric Dier in the 83rd minute, but the damage was done and the lead proved unassailable. Tottenham finished the game up 3-2.

Rumors quickly circulated that Son was one of the two players, with Korea's KFA even contacting Tottenham on Saturday to try to ascertain the star player's condition. Son wouldn't have been the first Korean player to contract Covid-19 while on international duty — last year, Hwang Hee-chan's season was derailed after he caught the virus while in Austria with the national team.

Son has now scored in the last three games he has played in — twice for Korea and once for Spurs.