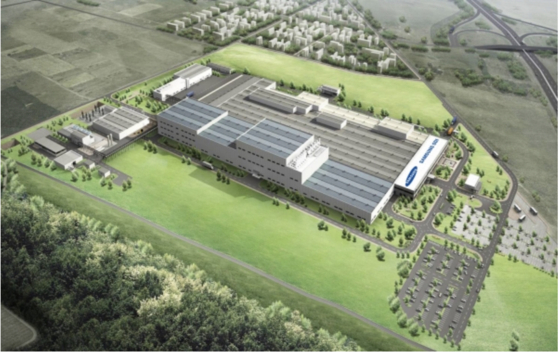 All three companies are gearing up for rising demand for EVs, and to comply with regulations in the North American free trade agreement.

A source with the knowledge of the matter told the Korea JoongAng Daily Tuesday that Samsung SDI and Stellantis recently signed a memorandum of understanding (MOU) on a joint venture to build a battery cell plant in the North America region.

“Samsung SDI only runs a plant producing battery pack systems in Detroit without any manufacturing site for EV battery cells in the U.S., which is actually the key to battery making technology,” said the source, who spoke on the condition of anonymity.

On Monday, LG Energy Solution and Stellantis announced an MOU for a joint venture that will build a battery cell and module factory in North America with a capacity of 40-gigawatt-hours (GWh).

The size of the investments and locations of the factories were not disclosed for either of the deals involving the two Korean battery makers.

This would be the first time Samsung SDI established a joint venture with a carmaker, showing its eagerness to bolster its presence in the U.S. market.

The battery maker, which is 19.58 percent owned by Samsung Electronics, operates EV battery plants in Korea, China and Hungary, supplying carmakers like BMW and Volkswagen.

Stellantis was formed earlier this year in a merger between Fiat Chrysler Automobiles and PSA Group, and makes Chrysler, Jeep, Peugeot and Citroen vehicles.

Other major carmakers like Ford and General Motors have made similar commitments to go electric, prompting Korean battery makers to ramp up production capacity across the globe.

SK Innovation and Ford, for instance, established a 6-trillion-won joint venture in the U.S. that will be able to annually produce 60 gigawatt-hours (GWh) of electric vehicle (EV) batteries by the mid-2020s.

A new trade rule in North America has encouraged joint production between battery suppliers and automakers.

A free trade agreement between Canada, Mexico, and the United States, called the United States Mexico Canada Agreement (USMCA), requires automobiles sold in the trade block to have 75 percent of their components manufactured in Mexico, the U.S., or Canada to qualify for zero tariffs.