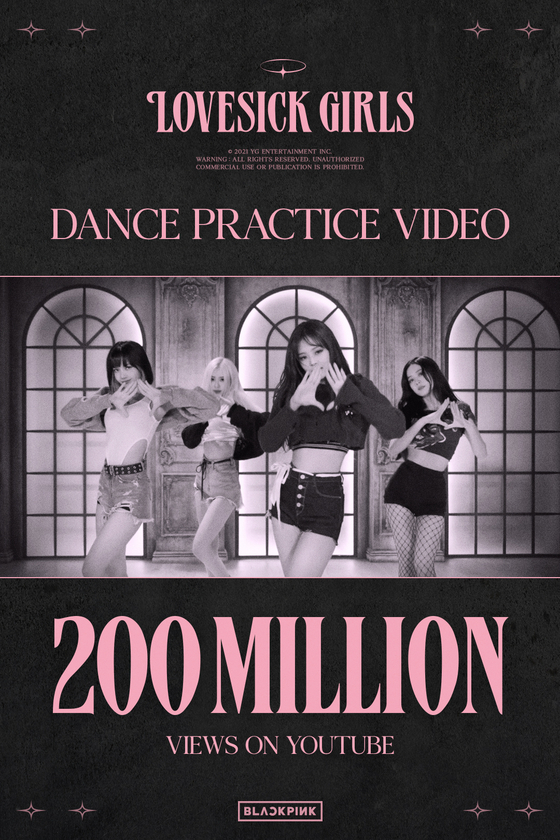 “Lovesick Girls” was the lead track of Blackpink’s first full-length album “The Album” (2020). The video was uploaded in October of last year shortly after the album dropped.

A K-pop act’s dance practice video, not an official music video, garnering hundreds of millions of views is quite rare. According to the girl group’s agency YG Entertainment, the video passed the milestone at around 4 a.m. on Tuesday.

"Lovesick Girls” peaked at No. 59 on the Billboard Hot 100 singles chart last year.