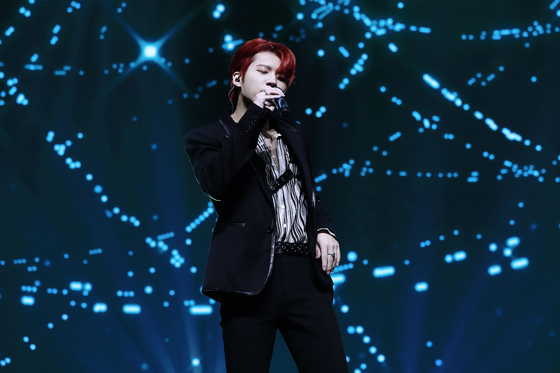 Nam Woo-hyun of boy band Infinite performs during Tuesday’s online showcase for his fourth solo EP, “With,” which dropped on the same day. The singer said he named his new release hoping that he can “continue building his career and activities with his fans.” Nam debuted in 2010. [WOOLLIM ENTERTAINMENT]