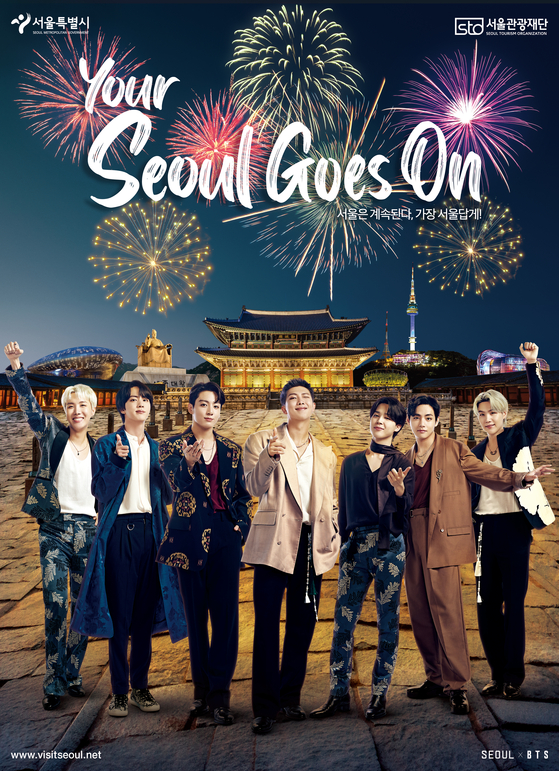 
Seoul is looking to deliver hope and cheer to everyone worn out from the pandemic at home and abroad, all while shouting "EoGiYeongCha."

As part of the new global campaign dubbed “Your Seoul Goes On,” the city of Seoul together with the Seoul Tourism Organization released a series of promotional videos called “EoGiYeongCha Seoul” throughout September and is holding a dance challenge contest which will wrap up on Nov. 10.

"EoGiYeongCha" is a Korean onomatopoeia to energize or encourage people working together — similar to “heave-ho” in English.

Lee Joon, head of the global marketing team at the Seoul Tourism Organization, said his team tried to convey a message through this year’s promotional videos instead of merely showing Seoul’s tourist attractions.

“When we were suddenly hit by the pandemic last year, we had high expectations that it would be resolved quickly and promoted Seoul as the first destination for travelers once the pandemic is over,” Lee said in a phone interview with the Korea JoongAng Daily.

“But with the pandemic continuing to drag on, people cannot visit even if we kept promoting tourism in Seoul,” Lee said. “So this time, we changed the concept to promote the city’s own brand value — telling those who already know and miss Seoul that our Seoul is living very well, we hope you are all living a happy, healthy life during the pandemic, and we hope to be able to see each other here in the near future.”

The first promotional video features the world-renowned K-pop boy band BTS, now in its fifth year serving as the honorary tourism ambassador for Seoul. It also portrays a wide range of Seoulites, from those in their teens to their 70s, with different jobs in various settings, consoling business owners struggling due to the pandemic and showing support for medical staff on the frontline battling the virus.

“A person working in an auto repair shop, an employee at a restaurant — you can see their eyes are all shining,” Lee said. “In that way, we wanted to show our lifestyle and that Seoul keeps transforming, and tell people to have hope and not get too exhausted and depressed from Covid.” 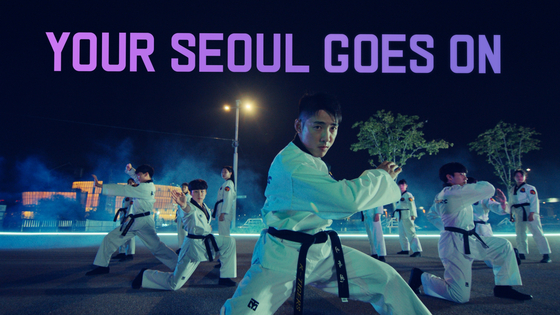 
The “EoGiYeongCha Seoul” series continues with an episode featuring Korea’s martial arts, taekwondo, with the K-Tigers team and portrays Seoul's positive energy by showing the seven gates in the city which represent the past, present and future. Taekwondo recently regained global attention as the World Taekwondo Demonstration Team made it to the finals of NBC’s “America’s Got Talent 2021.” Looking past its definition as a combat sport, these taekwondo performances play a role in spreading peace and hope to young people who live in places that are torn by war and natural disaster.

Time and consideration also went into the clothing worn by BTS and K-Tigers members in these videos, as they mix hanbok, Korea’s traditional clothing, with modern fashion.

“Many people won't really realize this, but we brought in the hanbok from the Netflix series 'Kingdom' […] to promote Korea’s traditional attire,” said Lee.

The last episode, “EoGiYeongCha Seoul Dance,” was made in collaboration with DPR LIVE, who produced the melody and lyrics to cheer people up and take their minds off reality even for just a few seconds. Seoul tourism’s global marketing team cast Monika, a dancer who rose in popularity after appearing on Mnet's survival dance competition show “Street Woman Fighter,” even before the program had begun. The video playing DPR's song shows a simple few dance moves that people can dance along to — and Monika adds her own style to the piece.

The promotional clip featuring BTS surpassed 100 million views in nine days across various social media platforms including YouTube, Facebook and Instagram since being released on Sept. 9 — reaching the milestone in the shortest time span ever since the Seoul Tourism Organization began creating the promotional videos in 2017, according to the organization. It exceeded 400 million views as of Oct. 14, 35 days since its release, breaking another record.

Lee, however, said they were unsure of how popular the videos would be this time around due to China’s recent crackdown on K-pop and K-culture.

“When we had 320 million views in our promotional video last year, Chinese viewers accounted for almost 45 percent of the total, so in a way we lost nearly 200 million views [due to China’s ban],” said Lee.

“Despite all this, we still achieved 400 million views. Thankfully a lot of people overseas watched our videos, perhaps because the world is exhausted by the pandemic, including the tourism industry,” Lee said, adding that he hopes it will continue to receive lots of views from many people. 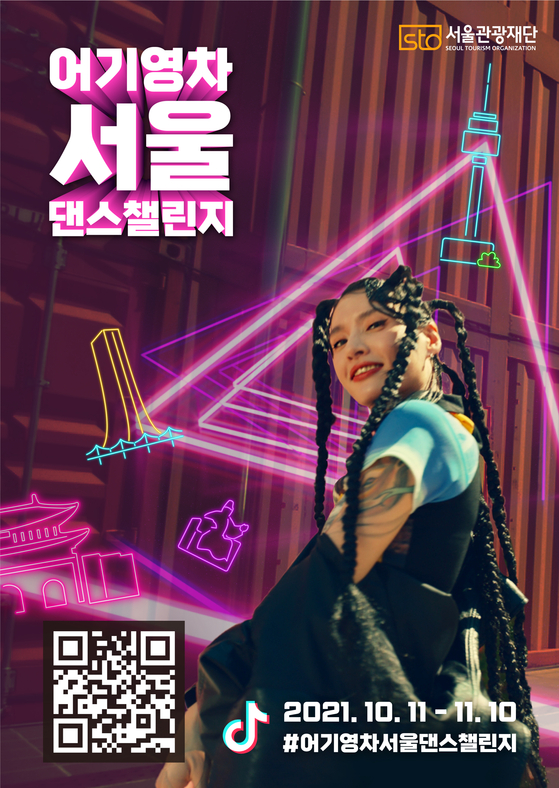 
To continue spreading good vibes, Seoul City and its tourism organization is holding a hashtag challenge on TikTok named “EoGiYeongCha Seoul Dance Challenge” until Nov. 10, the last hurrah of its promotional campaign.

Anyone wishing to participate must record a 15-second TikTok clip following the choreographed moves of "EoGiYeongCha Seoul Dance" with the official sticker and music in the background, and post it publicly with the hashtag "Eogiyeongcha Seoul Dance Challenge" in Korean (#어기영차서울댄스챌린지).

All participants will be eligible to win a prize from the Seoul Tourism Organization, and winners may receive gifts such as a new Galaxy Z Flip 3, based on their number of likes.

Choi Kyeng-ju, director-general of Seoul city’s Tourism and Sports Bureau, said, “I hope the 'EoGiYeoungCha' series will deliver a message of hope to people during this difficult period.” He added, “By seeing the city constantly transforming, I hope people around the world will miss Seoul and soon be able to visit.”