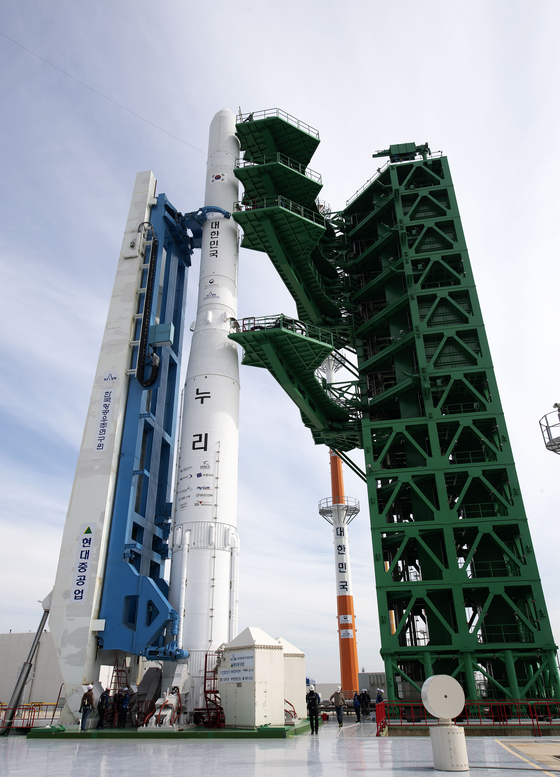 Korea Space Launch Vehicle-II (KSLV-2), also known as the Nuri-ho, stands at the Naro Space Center in Goheung, South Jeolla, on Wednesday, a day before its launch scheduled for Oct. 21. Boasting four 75-ton liquid engines in its first-stage booster, the three-stage rocket, which was made using indigenous engine technology, is meant to carry a 1.5-ton satellite into low orbit. The second stage has a single 75-ton engine and the third stage has a seven-ton engine. [YONHAP]